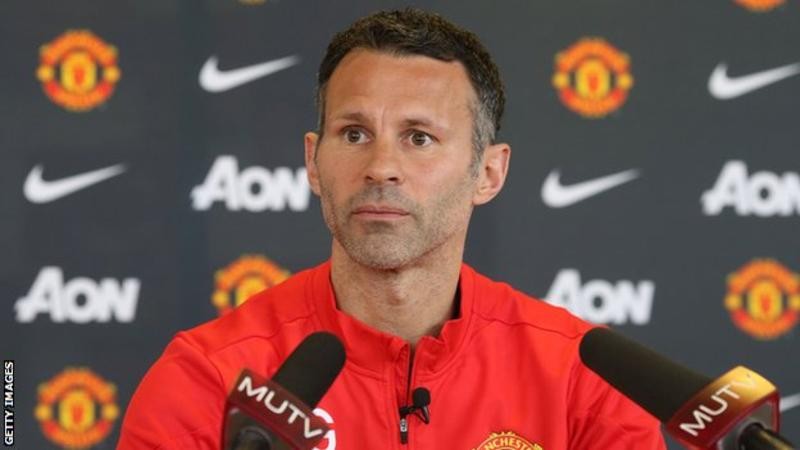 Ryan Giggs is set to be named the new Wales manager on a four-year contract.

The Football Association of Wales has called a news conference for Monday afternoon in Cardiff, where the former Manchester United winger is expected to be unveiled.

Provided there is no late hitch, Giggs will be announced as the successor to Chris Coleman, who left for Sunderland in November.

The panel set up to conduct the search, led by FAW chief executive Jonathan Ford, is expected to put the finishing touches to the agreement on Monday morning.

The recruitment panel decision does not have to go to the ruling council of the association because they have full powers to make the choice.

Giggs, who has long been a target for the FAW, was one of the favourites for the role once Coleman departed after Wales failed to qualify for the 2018 World Cup.

Giggs won 64 caps between 1991 and 2007 and captained his country – but he was criticised for regularly pulling out of squads and especially for missing friendly matches.

The Manchester United great was in caretaker charge of the Red Devils for four games at the end of the 2013-14 season following the sacking of David Moyes.

He spent the next two seasons as Louis van Gaal’s assistant but left after Jose Mourinho was appointed manager at Old Trafford.

Giggs lost out on the Swansea job to Bob Bradley after being interviewed for the manager’s role at the Liberty Stadium in October 2016.

It is understood that Bellamy and Roberts, who is the FAW’s technical director, also had their supporters at Welsh football’s governing body.

Bellamy, 38, won 78 caps and is the country’s fourth most-capped player.

The former Newcastle, Liverpool and Blackburn forward is currently an academy coach at Cardiff City, where he ended his playing career in 2014.

Roberts has worked throughout all age grades in the Welsh system and been widely credited for helping to produce the talented crop of youngsters who will be at the disposal of the new senior manager and was Coleman’s assistant boss during a spell in which Wales reached the semi-finals of Euro 2016.

Tony Pulis was also among the initial contenders to succeed Coleman, but he ruled himself out when he became Middlesbrough manager last month.

Bowen was available after leaving Stoke, where he was assistant to boss Mark Hughes until the latter was sacked by the Potters on 6 January.

Social media What happens to a user’s account when he dies? The owners of the social media platforms have found ways to take care of such inevitable occurrence which users ought to be aware of.
Manchester United “should have been smoking cigars” in their Premier League victory over Watford, manager Jose Mourinho said.
Donald Trump lashes out at LaVar Ball for being ungrateful for his son’s release for shoplifting in China
Paul Pogba dedicates goal to migrants sold as slaves in Libya
Mourinho says he has no idea when Pogba will be fit
Man Utd v Man City: Owen Hargreaves tips Romelu Lukaku for key derby role
Payment
Manchester United manager Jose Mourinho said his side’s title hopes are “probably” over because referee Michael Oliver failed to award them a penalty in their 2-1 loss to “lucky” Manchester City.
Best Kung Fu Ninja Movie 2016 – Top Action Movies 2016 : New Movie Shooting American
Arsenal crash out of FA Cup after suffering humiliation in the hands of lower league opposition, Nottingham Forest
Robert Mueller Straight-shooting former FBI chief Robert Mueller, the former FBI director heading the probe into alleged collusion between the Trump election campaign and Russia, has earned a reputation of being a straight shooter who could be right out of Hollywood’s central casting.
Arsenal seek to consolidate at the Emirates
Manchester City manager Pep Guardiola says Raheem Sterling’s new self-belief is behind his brilliant form after seeing him sink Southampton with a 96th-minute winner.
Klopp must take blame for Liverpool ’s poor defence – Schmeichel
Marcus Rashford inspired by Brazil legend Ronaldo
England seek to wear poppies against Germany
Trump Jr US President’s son hinted at review of Russia sanctions act, says lawyer A Russian lawyer has said Donald Trump Jr suggested in a meeting during the US presidential campaign that a law imposing sanctions on Russia could be reviewed if his father were elected.
Manchester city 2-1 Bristol city
United Airlines Officers fired following probe of passenger removal The city of Chicago revealed Tuesday that it fired two airport police officers in connection with the controversial removal of a passenger from a United Airlines plane earlier this year.