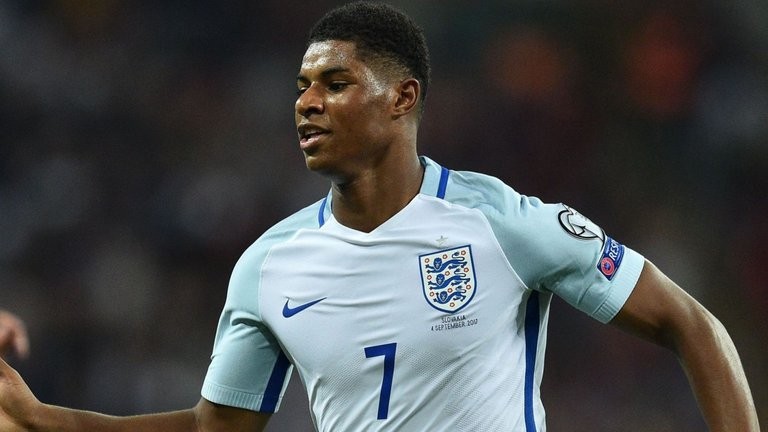 Manchester United forward Marcus Rashford says he has styled his game on Ronaldo ahead of England’s friendly with Brazil on Tuesday.

Rashford has admired the Brazilian legend since the age of five when, at his first football match in 2003, he saw United beat Real Madrid 4-3 in the Champions League.

However, Ronaldo’s thrilling hat-trick was enough to see the Spanish side through on aggregate and Rashford says he was inspired by the World Cup winner, who has said he sees hints of himself in the 20-year-old.

“He was my brother’s favourite player – that’s why I’ve grown up watching so much of him and his games,” Rashford said.

“It’s all those clips on YouTube and my first ever game that I saw live, he was playing in it. I always remember it. It was in 2003 and scored a hat-trick. I was only young, though.

“He was obviously a top player who won a lot of things in his career,” Rashford added. “So when you know he’s saying good things about you then it really stands out.

“He always played free. No matter where he was playing, he played free and went out there and expressed himself. When you do that, that’s when you play your best football.

“When you’re young you watch clips of the best players in the world and try and emulate them – it just tends to happen naturally.”