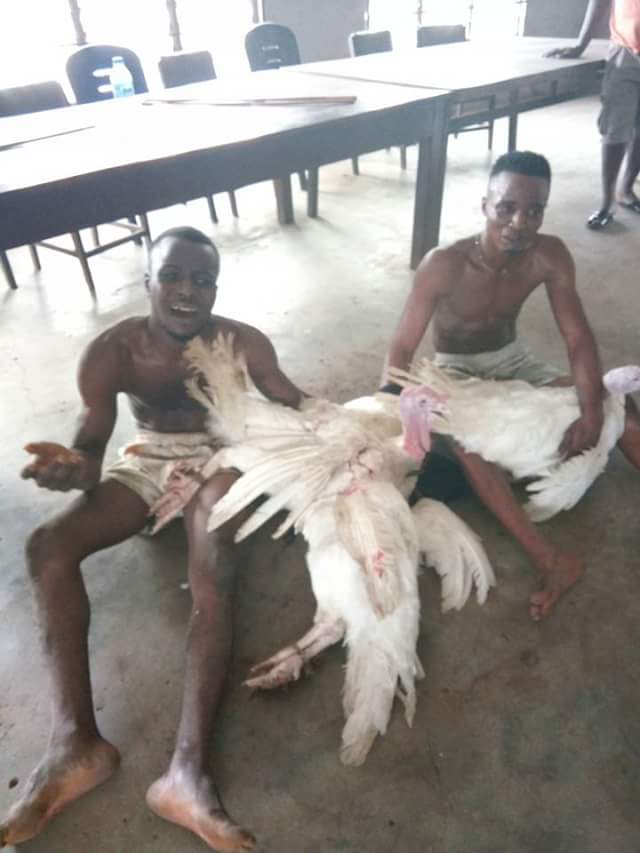 Two suspected thieves were caught Wednesday morning after they allegedly stole turkey from the compound of a poultry farmer in Nnobi, Anambra State.

According to the Facebook user, the owner trailed the suspects and nabbed them at Ehulu market, where they probably intended to sell the animals.

In the video taken at Afor Nnobi, the young men are laid on the floor and subjected to severe flogging by someone suspected to the the poultry farmer. 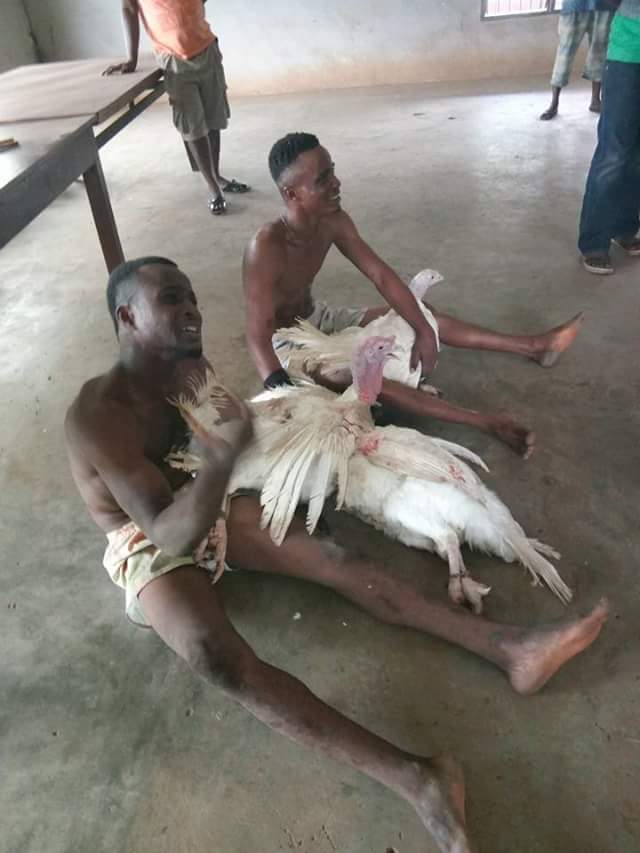 “Happenings in Afor Nnobi, they are caught by the owner of Turkey which he said they came to his house early morning to carry it. By this he block them at Ehulu market and caught them” he wrote. 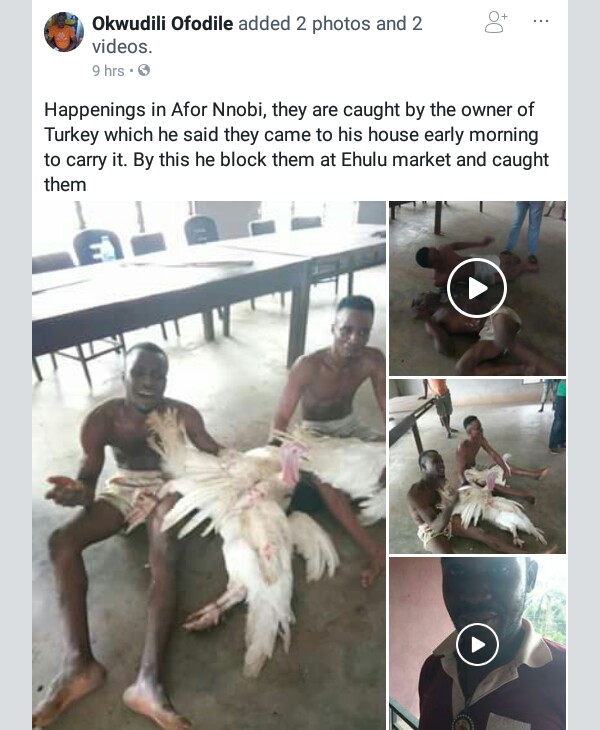 Watch the videos below:

18-year-old Russian student kicked out of college after viral video of her having sex at a club in front of everyone hits the internet
I’m single and flirting, I masturbate or walk up to any guy for sex – Nollywood actress Omalicha Elom
2 men arrested for murder of 26 Nigerian girls, women killed in In Italy sea
Three students in Egypt stab a Nigerian man to death
How to Manage Slump Months When Your Income Fluctuates
Photo: Two Nigerian men arrested with fake South African passports in Thailand
Jill Scott ends 1-yr marriage with husband
Peter Obi Former Governor hails GEJ at 60, mourns Ekwueme
Watch this runs-girl celebrating N100K pay off with nude video
Simon Cowell rushed to the hospital after fainting at home
Trump retweets anti-Muslim videos
Morning Teaser ‘My best friend’s wife is carrying my baby’ Nnamdi is in a very serious dilemma after he got his best friend’s wife pregnant and as the baby is due, he does not know if he should confess what he did.
Samsung Galaxy J7 smartphone reportedly blows up in mid-air flight The story is going by a possible theory that the user of that Samsung phone may have caused the incident.
Antonio Guterres Trump says UN boss doing ‘very very spectacular job’ US President Donald Trump jettisoned his past criticism of the United Nations Friday, as he lavished praise on the organization’s Secretary General.
The 5 best/worst Trump Thanksgiving tweets