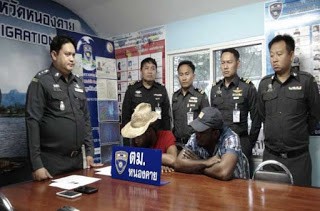 The Nigerian nationals bearing the names Katego Ofentse Makabane and Wayne Junior Shinbambo, both 35, attempted to cross the border to Laos at the Thai-Laos Friendship Bridge.

They told immigration officers they were going to the South African embassy in Vientiane.
However, when officers checked their South African passports they discovered a number of discrepancies.

During further questioning the two men confessed to using fake South African passports and admitted they actually from Nigeria.

One man said he had entered Thailand at Phuket Airport while the other said he entered at Padang Besar. 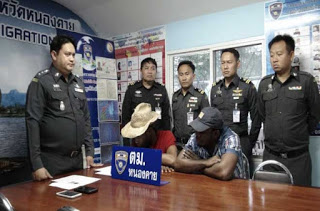