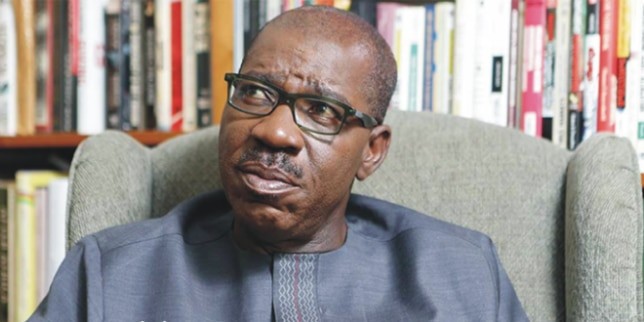 Mr Joseph Eboigbe, the Special Adviser to the Edo Governor on Budget, said this in Benin, while speaking with journalists on Thursday.

The Edo government says more than 55,000 youths in the state are expected to benefit from its agripreneur programme, which will be fully implemented in 2018.

Mr Joseph Eboigbe, the Special Adviser to the Edo Governor on Budget, said this in Benin, while speaking with journalists on Thursday.

He said that the agripreneur programme was part of the state government’s strategies to boost Micro, Small-scale and Medium Enterprises (MSMEs) and sustain current youth-focused agricultural initiatives in the state.

“In 2017, the state government launched the pilot phase of the agripreneur scheme and by the first quarter of 2018, we will roll out the programme fully.

“The agripreneur programme will target more than 55,000 youths who have indicated interest in agriculture through the Edo Jobs Scheme,” he said.

“Each person will be allocated five-hectares of land to de-risk the process.

“We intend that in one or two planting seasons, these youths would have developed the capacity to cultivate, manage the farms and harvest their produce.

“From there, the beneficiaries will transit into managing their own farms on a sustainable basis,” he said.

Eboigbe said that the state government would continue to anchor its economic growth largely on agriculture, while planning to exploit the 75 per cent of the 20,000 square kilometres of arable lands of the state.

“We anticipate major economic growth in the agriculture value chain; from production and cultivation to crop harvesting and processing stages,” he added.