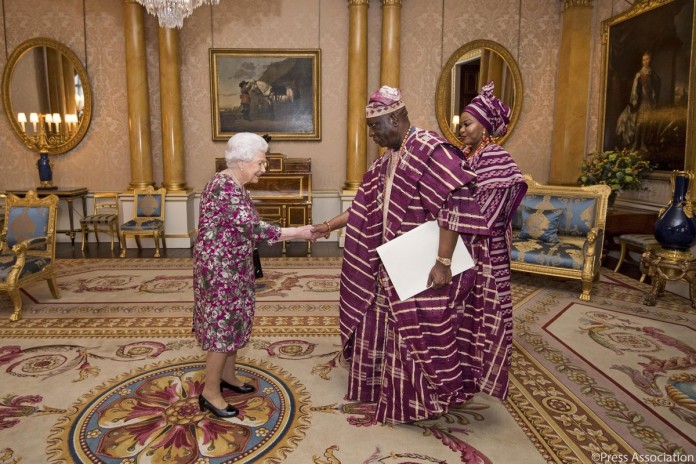 Today at Buckingham Palace, The Queen received and held an audience with the High Commissioner from the Federal Republic of Nigeria, His Excellency Mr George Adesola Oguntade. pic.twitter.com/pOdPV3nSTU