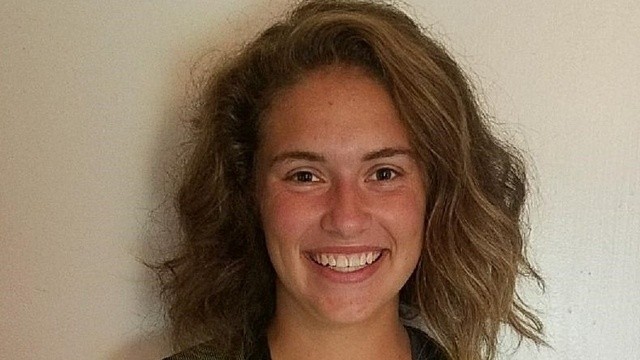 A former high school soccer coach arrested with a missing 17-year-old girl has been charged with unlawful sexual activity with a minor, Florida authorities said Friday.

Rian Rodriguez, 27, appeared in court in Columbia County, Florida, on Friday morning after being booked into the county jail the previous day. He had previously been charged with interference with child custody, a third-degree felony.
Caitlyn Frisina, a student at Fort White High, and Rodriguez, a boys’ soccer coach at her school, were the subject of a nationwide search after her parents discovered she was missing from their home on November 26. Investigators said it appeared she crawled out of her bedroom window.
Soccer coach, teenager arrested in New York state
Authorities quickly determined she had left with Rodriguez. Police in New York state spotted them in a car on December 1 and took Rodriguez into custody.
Friends reported that Frisina said Rodriguez wanted her to leave the country with him “and she didn’t know how to get out of it,” according to police reports. In an interview after his arrest, she said they planned to go to Canada but had not worked out the details.
Rodriguez had been investigated a few months earlier for possibly having an inappropriate relationship with Frisina but “there was nothing seen to be inappropriate,” a spokesman for the Columbia County Sheriff’s Office said.
The judge set bond for Rodriguez at $125,000 on the two charges. The judge said Rodriquez must surrender his passport, have no contact with Frisina and wear a GPS monitor if he bonds out, CNN affiliate WJXT reported.
The school district said Rodriguez was fired during the search, WJXT reported.
Photos from Rivers state governor, Nyesom Wike’s 50th birthday thanksgiving service
Burna Boy interrogated and detained by police in connection with Mr 2kay’s robbery attack at Eko hotel (photos)
African-American and Latina strippers in New York reportedly go on strike to demand for equal pay as bartenders
Photos/Video: American woman arrested in India with 1.9 kilograms of cocaine allegedly given to her by a Nigerian in Brazil
Robert Mueller Straight-shooting former FBI chief Robert Mueller, the former FBI director heading the probe into alleged collusion between the Trump election campaign and Russia, has earned a reputation of being a straight shooter who could be right out of Hollywood’s central casting.
Kevin Spacey ‘House of Cards’ actor comes out as gay, apologizes after misconduct accusation Kevin Spacey came out as gay early Monday and apologized to actor Anthony Rapp, who accused the Hollywood star of making a sexual advance on him at a 1986 party.
Prominent Imam says he tried to warn New York mayor about terrorism in the city but was ignored
‘My mother encouraged to travel to Abidjan for prostitution
dead after California shootings; gunman tried to enter school
Central Africa Republic: The country with no teachers
Dangote Billionaire makes World 50 Most Influential people’s record
Trump’s charitable foundation says it’s shutting down, but an ongoing investigation in New York may complicate that
Nicki Minaj puts on an eye-popping display in leather outfit for New York event (Photos)
My romance with Jeff Akoh was for publicity, Bisola confesses
Photo: House fire claims lives of father, mother and their three children in Jos, Plateau State
Liverpool’s Mane suffers injury scare on Senegal duty
In US Government sternly criticizes Romanian justice plans
New York bombing suspect Akayed Ullah warned Trump on Facebook
In Pakistan Protests grow as military stays silent
Share
Facebook
Twitter
WhatsApp
Pinterest
Linkedin
ReddIt
Email
Print
Tumblr
Telegram
Mix
VK
Digg
LINE
Viber
Naver
Previous articleFire engineer dies as California’s Thomas Fire keeps burning
Next articleIvanka Trump never expected the savage response she got when she tweeted at Prince Harry and Meghan Markle