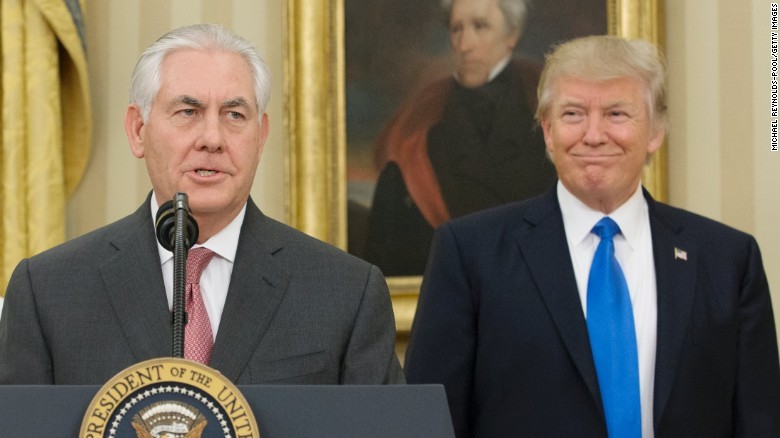 Reports that the White House has a tentative plan to replace Secretary of State Rex Tillerson that emerged Thursday were an effort to express President Donald Trump’s deep displeasure and publicly shame his secretary of state, a source with direct knowledge of the White House’s thinking said Thursday.

The hope from the White House, the source said, is to push out the plan to replace Tillerson and then “wait for him to punch out.”
Sponsor Content
Can we soon answer some of the biggest scientific mysteries?
Discover how scientists at IBM Research Lab – Africa are collecting and analyzing data to learn more about the universe we inhabit.
Promoted By IBM
The news that the White House is seriously considering replacing Tillerson with CIA Director Mike Pompeo comes as Trump remains deeply frustrated with his secretary of state, another source familiar with the President’s thinking said. And the plan is not just being considered at the staff level, but by the President himself, the source said. 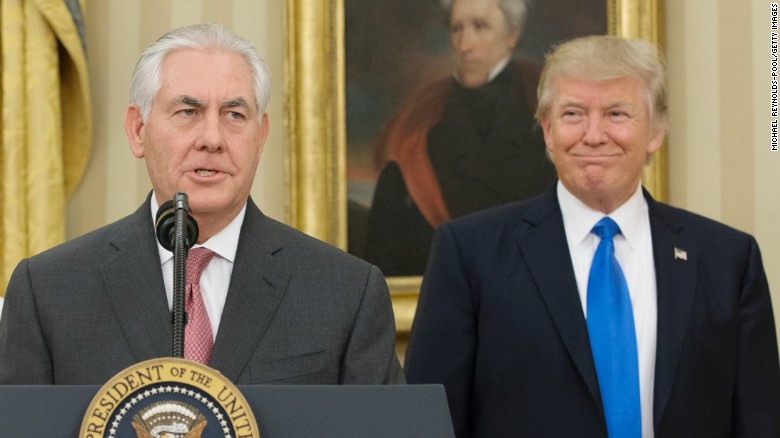 White House considering replacing Tillerson with Pompeo
The attempt at public shaming is just the latest such instance emanating from the Trump White House, where the President has repeatedly publicly undermined his secretary of state and publicly berated his attorney general.
His public response to the reports on Thursday signaled no desire to spare his secretary of state — who still has not denied having called the President a “moron” in private.
“He’s here. Rex is here,” Trump offered, noting that Tillerson was in the building — but not in the room — at the time.
The response was equally uninspired from the White House briefing room, where White House press secretary Sarah Sanders said simply that “when the President loses confidence in someone, they will no longer serve in the capacity that they’re in.”
The timing of Tillerson’s expected departure remains uncertain, but multiple officials said the shake-up could come at the end of the year or early next. 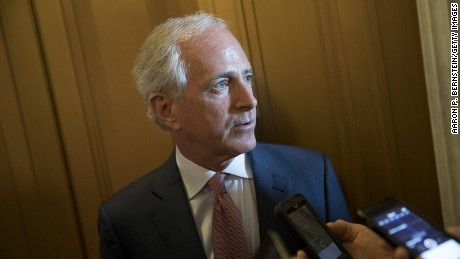 Corker: State Department needs Tillerson
“The clock is ticking,” the source familiar with the White House’s latest thinking said.
Defense Secretary James Mattis said Thursday that “there’s nothing to” the rumors about Tillerson being forced out by the White House.
“I make nothing of it, there’s nothing to it,” Mattis said before a bilateral meeting with Libya’s Prime Minister.
But the White House’s tentative plans to replace Pompeo at the CIA with Sen. Tom Cotton, R-Arkansas, could present a wrinkle in the strategy.
Cotton isn’t up for reelection until 2020, and moving him to the CIA role would put another Senate seat in play in 2018 — at a time when Republicans have a razor-thin majority. That is giving West Wing officials pause, a source close to the White House said.
If Cotton were to take the CIA job, Arkansas Gov. Asa Hutchinson, a Republican, would select someone to fill the vacant seat — and Republican officials would have a tight time frame to field a candidate who can win statewide in 2018, even though Arkansas is a deep red state.
The GOP would have to field a candidate by March 1, when the filing period ends, and the primaries are currently scheduled for May 22.
But the process could hit a roadblock as the governor’s Senate appointee could not run in 2018, according to a clause in the state’s constitution. But the Arkansas Secretary of State’s office raised questions about that clause, noting that US Constitution may offer a conflicting view that could override the state statute.
Zimbabwe’s new president Mnangagwa vows to ‘re-engage’ with world
Photos from President Buhari’s dinner with the leadership of National Assembly at the State House
Woman in court for alleged stealing fraud
Nine dead, many injured in accidents
Rex Tillerson US Secretary of State visits Pakistan as US warns over Taliban havens Pakistan has repeatedly denied the charge, insisting it maintains contacts only with the militants as it seeks to bring them to the table for peace talks.
Antonio Guterres Trump says UN boss doing ‘very very spectacular job’ US President Donald Trump jettisoned his past criticism of the United Nations Friday, as he lavished praise on the organization’s Secretary General.
US President to decide on North Korea terror list after Asia trip
Buhari We’re solidly behind you, Igbos tell President
Police nab suspect operating with master key
Trump’s Mar-a-Lago Thanksgiving
Trump-Russia Indictments, guilty plea in probe: What we know Two former Donald Trump associates were indicted Monday and it was revealed another has pleaded guilty to lying to FBI investigators, in the first substantial legal action stemming from the probe into Russia’s US election interference.
Tadao Ando: The Japanese boxer turned Pritzker Prize winner who buried the Buddha
US to stop arming anti-IS Syrian Kurdish YPG militia – Turkey
Photos: Lagos Police Commissioner leads task force to visit Apapa-Kirikiri traffic gridlock
‘House of Cards’ writers racing against the clock to rewrite show
The 5 best/worst Trump Thanksgiving tweets
‘Goodluck Jonathan’s administration won gold medal in corruption’ Bola Tinubu