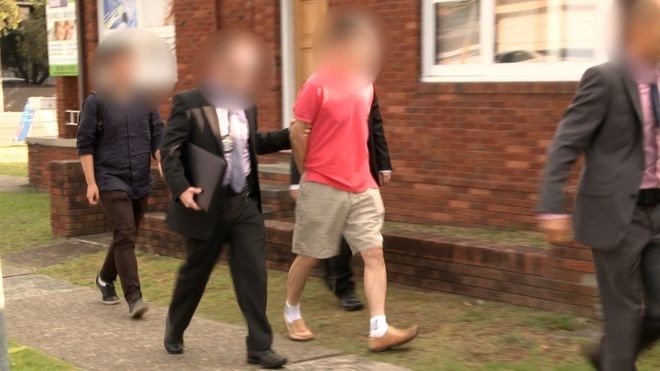 A man has been arrested in Sydney for allegedly acting as an economic agent for North Korea, Australian Federal Police (AFP) have said.

Chan Han Choi, 59, has been charged with brokering illegal exports from the country and discussing the supply of weapons of mass destruction.

Police allege he has broken both UN and Australian sanctions.

The case against Mr Chan, who has lived in Australia for more than 30 years, is the first of its kind in the country.

It is the first time anyone has been charged under the country’s 1995 Weapons of Mass Destruction (Prevention of Proliferation) Act.

Police say there was evidence that Mr Chan had been in contact with “high ranking officials in North Korea”.

They allege he had brokered services related to North Korea’s weapons programme, including the sale of specialist services including ballistic missile technology to foreign entities, in order to generate income for the North Korean regime.

Mr Chan also was charged with brokering the sale of coal from North Korea to groups in Indonesia and Vietnam. He is facing six charges in total after being arrested at his home on Saturday night.

In a Sunday news conference, police confirmed the man was a naturalised Australian citizen of Korean origin who had been in the country for over 30 years.

They described him as a “loyal agent” who “believed he was acting to serve some higher patriotic purpose”.

But police insisted the man’s actions did not pose any “direct risk” to Australians, with the actions occurring offshore.

“I know these charges sound alarming. Let me be clear we are not suggesting there are any weapons or missile component that ever came to Australian soil,” AFP Assistant Commissioner Neil Gaughan said.

“Any individual who attempts to fly in the face of sanctions cannot and will not go unnoticed in Australia.”

Mr Chan could face up to 10 years in prison and has been denied bail.

In October the Australian government said they had received a letter from North Korea urging Canberra to distance itself from the Trump administration.

Pyongyang had previously warned that Australia would “not be able to avoid a disaster” if it followed US policies towards Kim Jong-un’s regime.

Trump On a divided peninsula, South Koreans split over US President On the divided Korean peninsula, Seoul has seen protests both for and against President Donald Trump, with Southerners split over his aggressive handling of Pyongyang’s provocations.
US President to decide on North Korea terror list after Asia trip
Photos: Meet the 14-year-old ‘governor’ of Abia state
James Mattis US Secretary of Defense says to discuss N. Korea threat on Philippines trip Trump and the North’s leader Kim Jong-Un have meanwhile traded threats of war and personal insults.
Union urges IGP to probe shooting of students in Ibadan
US ready for North Korea talks without preconditions, says Tillerson
‘When are they building your own statue?’ OAP Toolz asks comedian AY after he shared photo from his courtesy visit to Governor Okorocha
US carriers in rare Pacific op amid North Korea tensions
SARS Police brutality, corruption in Nigerian popular culture
In North Korea NATO chief calls ‘global threat’ during Japan visit NATO chief Jens Stoltenberg called North Korea a “global threat” Monday and said he backed tighter sanctions against it during a visit to Japan, which has been targeted by Pyongyang’s provocations.
McMaster: Potential for war with North Korea ‘increasing every day’
Nigeria Police reject ranking as world’s worst
Donald Trump arrives in S Korea with focus on Pyongyang
Photos: Emir of Kano’s first son, Prince Aminu Sanusi, joins the Nigeria Police Force
US President stepped up praise for Xi ahead of China visit