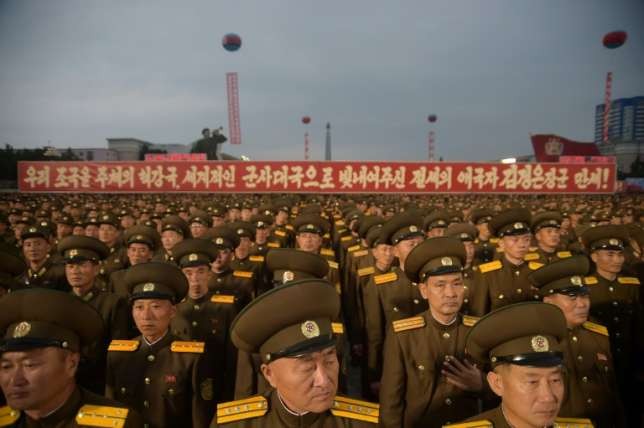 NATO chief Jens Stoltenberg called North Korea a “global threat” Monday and said he backed tighter sanctions against it during a visit to Japan, which has been targeted by Pyongyang’s provocations.

Stoltenberg is in Tokyo to meet Prime Minister Shinzo Abe and other senior officials including defence minister Itsunori Onodera later in the day.

“We are as concerned as you are about the provocative, reckless behaviour from North Korea,”he said in a speech to a group of security experts and defence officials.

“It is really dangerous, it poses a direct threat to countries in this region (including) Japan, but it is also a global threat,” he added.

Pyongyang has sparked global alarm in recent months by conducting its sixth nuclear test and test-launching missiles capable of reaching the US mainland, while US president Donald Trumpand the North’s young ruler Kim Jong-Un have traded threats of war and personal insults.

It fired two projectiles over northern Japan in less than a month, ringing alarm bells in Tokyo as Abe called for a get-tough approach towards Pyongyang.

“NATO strongly support political, diplomatic, economic pressure on North Korea and we welcome the strengthening of the sanctions” adopted by the UN Security Council in September, Stoltenberg said.

“But even more important, we need to be sure that the sanctions are fully and transparently implemented,” he added.

Stoltenberg’s visit comes after Abe met with him in Brussels in July to agree on boosting security cooperation.

“We know and you know that (North Korea’s missile) ranges reach the west coast of the United State and the ranges reach most of Europe,” he said Monday.

But the NATO chief warned this month that military action against Pyongyang would have “devastating consequences”, after Trump said diplomatic efforts had failed.

Stoltenberg has stressed that Washington had the right to defend itself and its allies but called for greater diplomatic efforts.

“We don’t have to use military force — peaceful resolution is the aim,” he said Monday.

Maritime security, including territorial rows involving China in the East and South China Seas, was also likely to be a topic of discussion during Stoltenberg’s visit, according to a Japanese foreign ministry official.