US President stepped up praise for Xi ahead of China visit 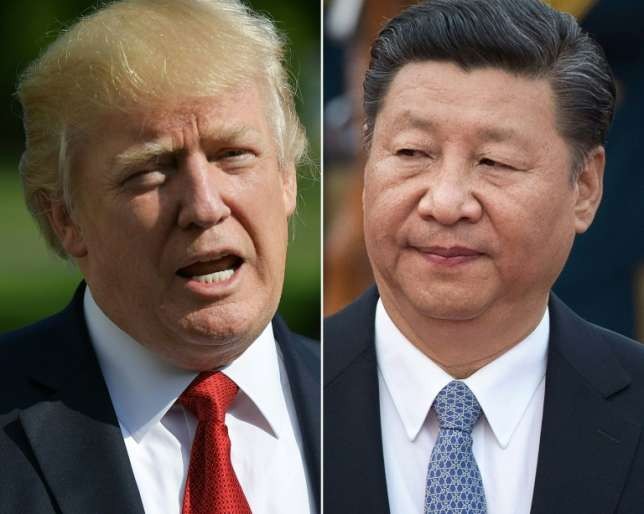 US President Donald Trump raised eyebrows on Wednesday by congratulating Chinese leader Xi Jinping for securing a “great political victory” in a Communist Party congress ahead of their meetings in Beijing.

Trump has lavished Xi with praise since the Chinese president consolidated power at the conclave last month as the two leaders prepare for difficult talks on trade and North Korea.

Trump, who was in Seoul on a two-day visit, tweeted he would then travel to China where “I very much look forward to meeting with President Xi who is just off his great political victory”.

Trump’s description of Xi’s elevation at the congress — where the Chinese leader was reappointed to a second term as general secretary in a closed-door vote — sparked a flurry of comments on Twitter on China’s status as a one-party state.

Ely Ratner, an ex-adviser to former US vice president Joe Biden, tweeted that it was a “straight up repudiation of American values and interests”.

But analysts said Trump’s praise of Xi is an attempt to mollify the Chinese leader ahead of complicated talks on reducing China’s massive trade surplus with the United States and Beijing’s economic ties to North Korea.

“He’s laying it on thick to put Xi in a good mood because he will have unpleasant things to tell him,” Cabestan said.

While praising the leader of the world’s largest Communist-led country, Trump marked 100 years since the Bolshevik Revolution in Russia by declaring November 7th the National Day for the Victims of Communism.

“Today, we remember those who have died and all who continue to suffer under communism,” the White House said in a statement.

Despite the declaration, Trump will be given a “state visit-plus” in China, with Xi treating him to a tour of the Forbidden City, a military honour guard and a banquet.

China’s welcome follows the red-carpet treatment that Trump received in Japan and South Korea during his tour of Asia.

“We’re in a sort of situation where each of the leaders and Trump himself are both sort of trying to curry favour with the other,” Orville Schell, an expert on US-China relations at the Asia Society, told AFP.

By praising Xi, Trump is “trying to set up a congenial atmosphere”, Schell said.

“Trump lives in a world where everything is either a victory or defeat,” he said.

“So to call something like this a victory for Xi is the highest form of flattery.”

Trump has lavished praise on other controversial leaders in the past, such as Turkish President Recep Tayyip Erdogan and Russian President Vladimir Putin.

“He does have a natural predilection for sort of get-it-done, big leaders,” Schell said.

Donald Trump arrives in S Korea with focus on Pyongyang