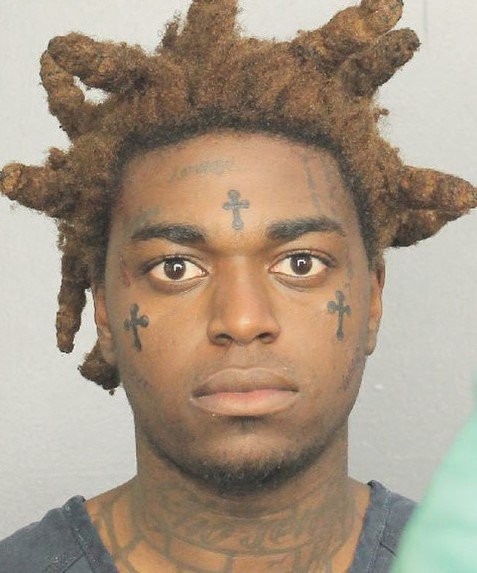 Rapper Kodak Black, real name Dieuson Octave, has been arrested. The rapper was arrested by Broward Sheriff’s Office deputies some minutes ago while he was on Instagram Live. Police had a search warrant to raid Kodak Black’s house, so they went in and took computers, cell phones and a host of other things from his house. 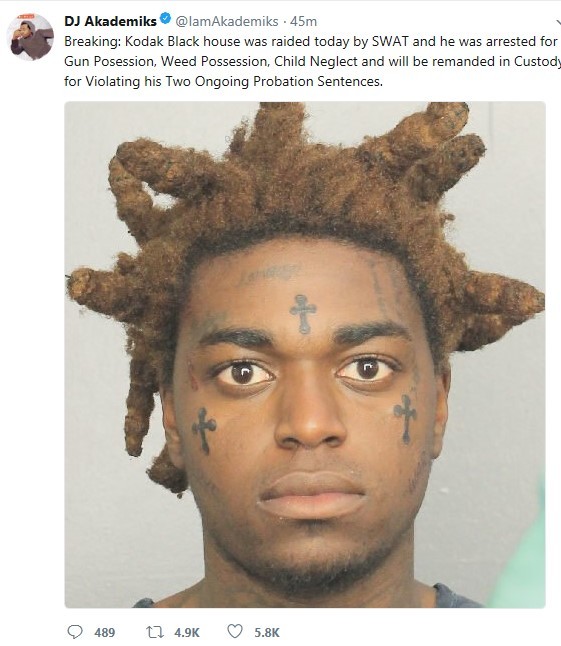 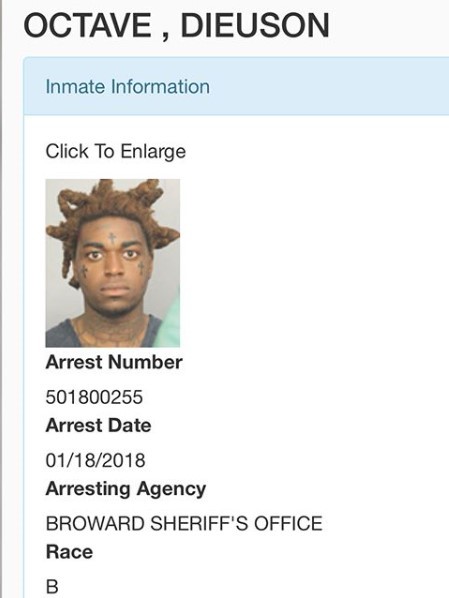 He is currently at the Broward County Main Jail in Fort Lauderdale, Florida.

Watch the IG Live video below:

Rapper Lil Kim calls out Eve for dragging her over their ‘wobbly’ relationship on CBS’s The Talk (Video)
The White House’s famous magnolia tree to be cut back
18-year-old Russian student kicked out of college after viral video of her having sex at a club in front of everyone hits the internet
Mr Flo – Kafila (Prod. by Mystro)
Tiwa Savage Singer says God saw her through the trying times of her marriageTiwa Savage Singer says God saw her through the trying times of her marriage
Music star reportedly in a secret relationship with Bella Hadid
‘They’re liars!’ Michael Wolff blasts Trump for calling his book ‘fake’
Roll In Peace Kodak Black Featuring XXXTENTACION
Cossy Orijakor to empower two fans with free shops for 2years after successful butt surgery
Lady breaks down in tears as her boyfriend rejects her marriage proposal (video)
Lol. T.I embarrasses his daughter on Instagram for sharing a sexy photo
Supa Bwe Feat. Xavier Omar – Up Right Now
Social media What happens to a user’s account when he dies? The owners of the social media platforms have found ways to take care of such inevitable occurrence which users ought to be aware of.
E.L – Suicide Note (Prod by LXXXVIII)
18 Year Old Girl Auctions Her Virginity Online To Buy Her Parents A House Gets £890,000 Offer
Nicki Minaj puts on an eye-popping display in leather outfit for New York event (Photos)