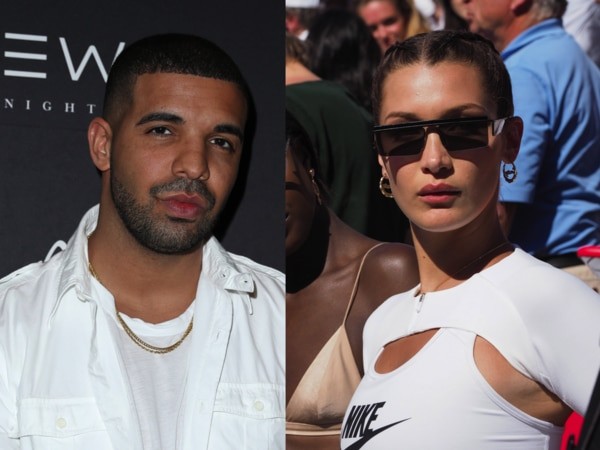 Drake is reportedly in a secret relationship with beautiful model, Bella Hadid.

There are indications that rapper Drake and super model Bella Hadid have been secretly dating for four months.

According to Life & Style Weekly Magazine, they “have been secretly dating since June,” a source reveals.

Since Drake threw her the party, “Bella has fallen even harder” for the rapper, says the source. “She thought it was so romantic. It started out casual, but they’re definitely serious. They’ve been meeting up and going out for romantic dinners.”

It is also reported that Drake first met Bella back when she was dating The Weeknd. After the duo’s November 2016 split, “Bella was getting over her ex and wasn’t interested in Drake, but that soon changed when Drake turned on the charm and wooed her with romantic gestures, including expensive jewelry and flowers.”

“After having such a public relationship and breakup with The Weeknd,” the source explains, “Bella wants to keep her new relationship on the down low.”

play The Weeknd and Selena Gomez

Drake and Bella have known each other for years even before her modeling career became a success. In June 2017, Bella attended Drake’s birthday party at The Nice Guy in Los Angeles.