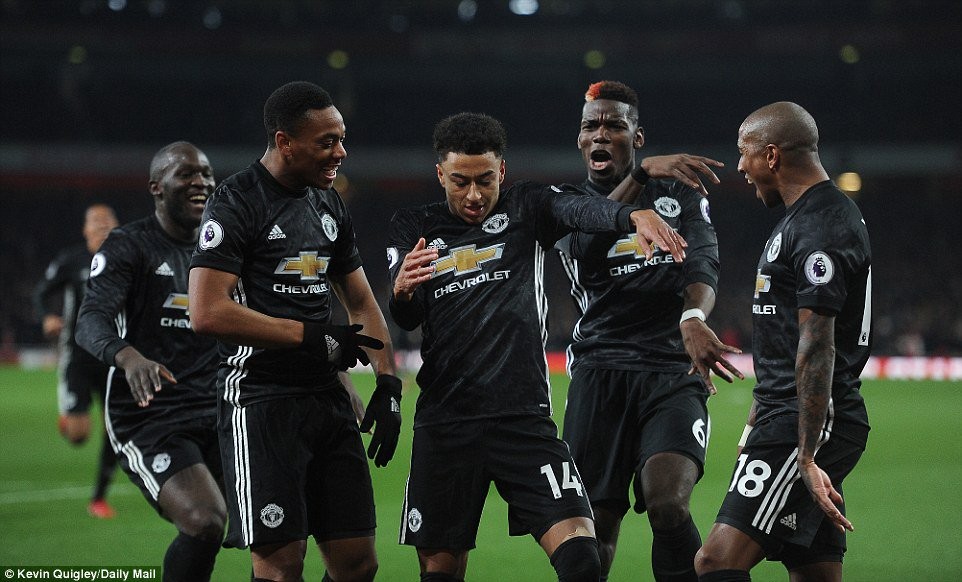 Arsenal football club of England really have themselves to blame as they succumbed to a 3-1 defeat at the hands of Man United at the Emirates stadium on Saturday night despite Paul Pogba receiving a red card for a careless tackle and Arsenal possessing 75% of the ball. 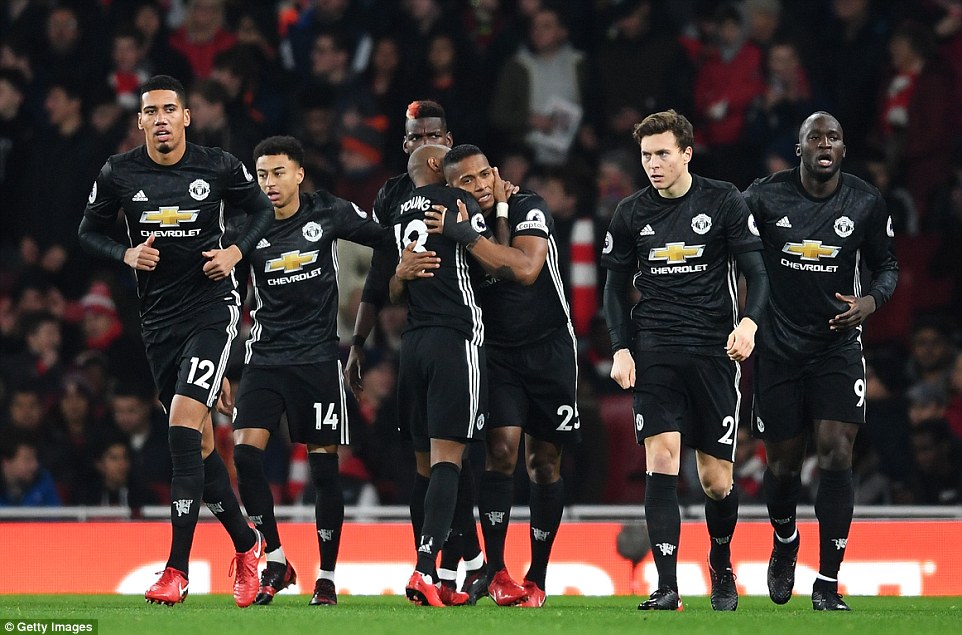 United went ahead early on at the Emirates through Antonio Valencia and Jesse Lingard, with the latter scoring again in the second half  after a Lacazette consolation gial to seal the win. 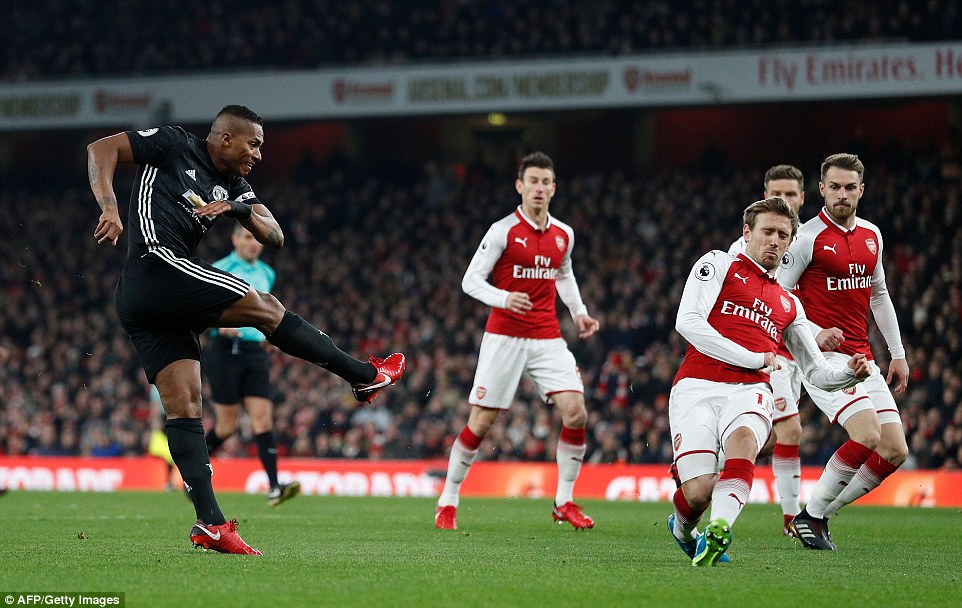 Arsenal dominated in the match but were poor with their finishing unlike Man U who were deadly on the break and used counter attack mechanics to great effect.

De Gea stopped all of Arsenal’s opportunities to equalise and reached a record – goalkeeper with the highest saves-14 in an EPL match , the highest number of saves made by a goalkeeper in a single match since the 2003 season when Opta started keeping records in the Premier league . 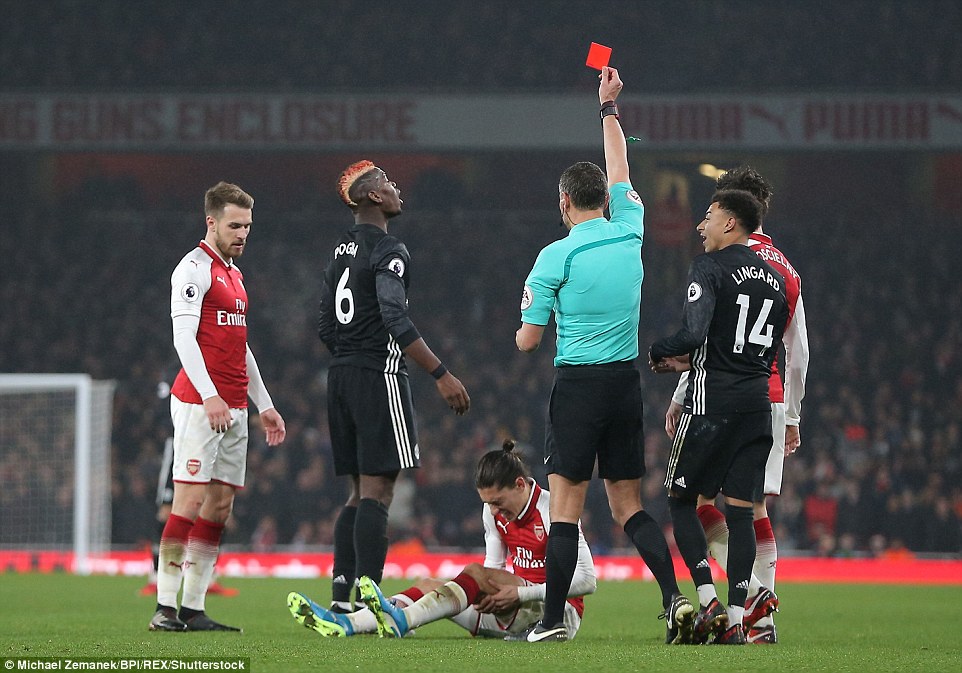 Paul Pogba after his red card, left Jose Mourinho red-faced and the manager had to at times play a 7 man defensive line up to counter Arsenal’s 7 man attacking players during the contest.

De Gea was so good that Wenger could be pictured mentally cursing at the Spaniard with each massive save. 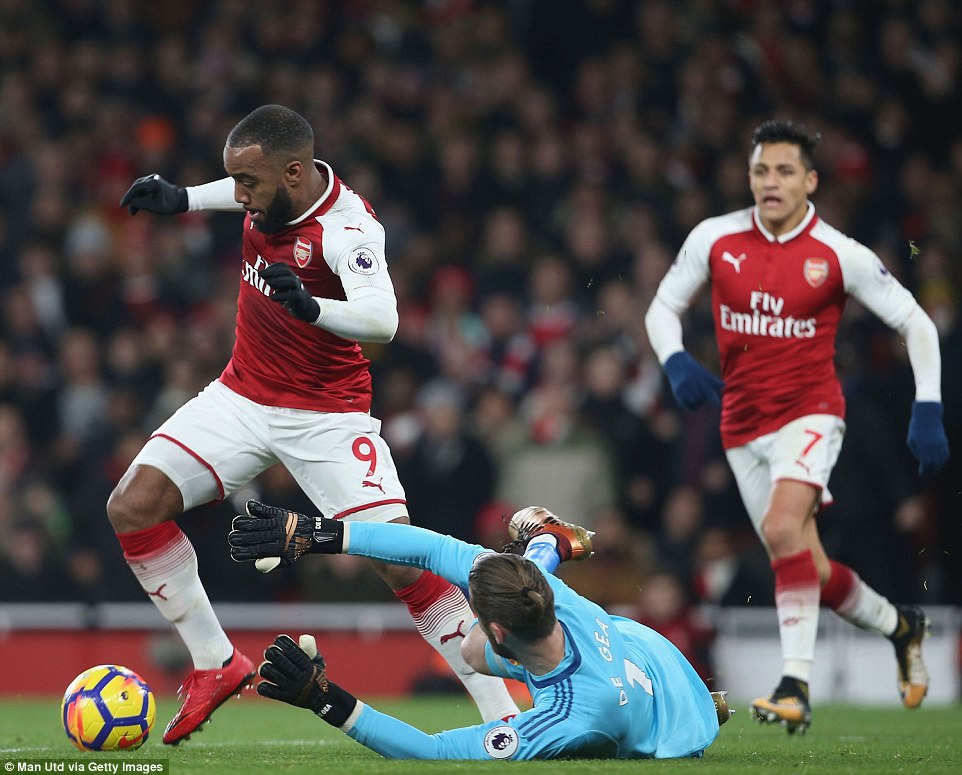 The whole Emirates stadium erupted when DeGea made two massive saves in the space of 3 seconds, first Lacazette sent a low, shot towards the near post that De Gea did unbelievably well to push out, and then De Gea miraculously somehow managed to get up again to block Alexis Sanchez’s follow up shot with his feet. 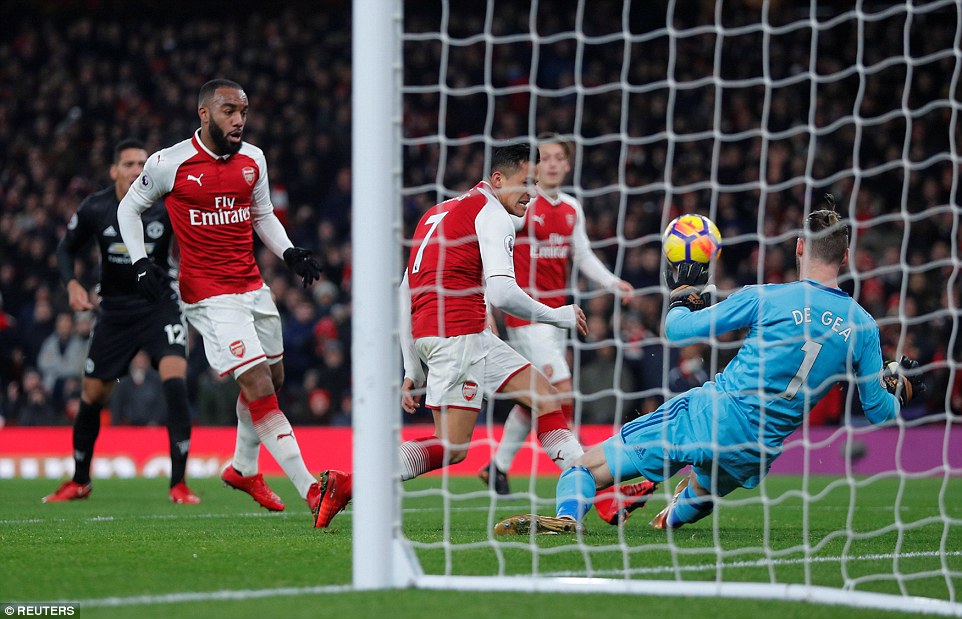 Mourinho will be happy to have gotten 3 points at Arsenal’s backyard, as he faces table topping Manchester city next, but without his star midfielder- Paul Pogba.

As for Arsene Wenger, this match was proof that having good attackers without having good defenders is like a car with no brakes, you can’t control it!!!

Woman accuses Moore of sexually assaulting her at 16
Okada rider in Oyo state beats up female corps member for putting up a fight as he attempted to rape her (photos)
Arsenal seek to consolidate at the Emirates
Goodluck Jonathan I’m always close to tears when Nigerians say they want me back – ex-President
Christmas budget of a Slay Queen in Nigeria.
Pogba shows off his latest crazy haircut
Paul Okoye speaks on the Psquare feud, says ‘ I regret it, please forgive me’
Daddy Freeze OAP replies Pastor Ashimolowo over wife beating accusation
‘The biggest duo ever in Africa’ Peter Okoye celebrates himself and his twin brother, Paul, as they turn a year older today
Mourinho says he has no idea when Pogba will be fit
EU gives country ‘yellow card’ over illegal fishing The European Union said Monday it has given a “yellow card” to Vietnam, warning the Pacific country it could ban seafood exports unless Hanoi did more to tackle illegal fishing.
10 things Nigerian women don’t know about Nigerian men There are a lot of things for women to figure out in men, here are ten of them
Spain’s adidas World Cup shirt sparks controversy
policeman who arrested Evans shot dead by kidnappers In Lagos
I watched several videos of Quadri, says Japanese star
NSCDC arrests 5 persons with 2 truckloads of suspected stolen diesel In Delta State