policeman who arrested Evans shot dead by kidnappers In Lagos 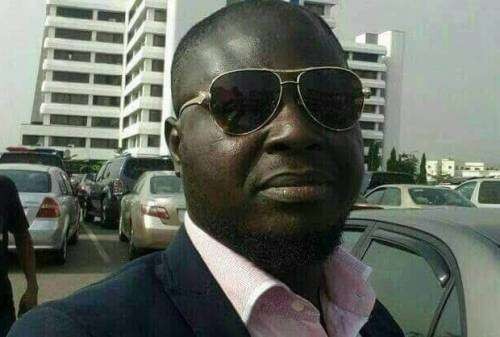 A policeman who was instrumental in the tracking and eventual arrest of Kidnapping Kingpin, Evans, has been shot dead.

The officer, Sergeant Lanre Sanusi, was said to have been shot in the stomach while he was on the field trying to arrest some kidnappers.

It was reported that Sanusi was shot by one of the suspects in the stomach while his colleague got shot in the hand.

Despite being shot, the brave officer and his colleagues were said to have chased after the kidnappers and killed the man who fired the killer shots.

Reports said Sergeant Lanre seemed fine after the bullets were removed only to end up dead a few days later.

“It is really sad and painful altogether. We have not been able to tell his wife and other family members yet. This is the risk of the job we are talking about; we put our lives on line for others, yet when it is time for promotion, one thing or the other will happen and the list will be kept in view,” a colleague expressing sadness over Sanusi’s death said.

“Look at this now, Sergeant Lanre was one of the men that put his life on the line to arrest Evans and now he is dead. We don’t even know how to break the news to his wife and family. It is painful,”

The commander of the Intelligence Response Team (IRT),  Abba Kyari is said to be in deep pain over Lanre’s death.

‘Words can’t express everything I wish to say’ – 2face Idibia celebrates wife, Annie Macaulay on her birthday today
16yr old girl remanded in prison for stabbing 20yr old lover to death
Sean Dampte – Nana (@SeanDampte)
Mad Love Bayelsa police arrest man for butchering his wife A 24-year-old man has been arrested by the police in Bayelsa State for butchering his wife to death on suspicion of cheating.
Kim Kardashian and Kanye West Enjoy Date Night Before Baby No. 3’s Arrival
Nigerian Basketballer dies in the USA
Premier League Arsenal rally to mark Wenger landmark with Swansea win Arsenal celebrated Arsene Wenger’s 800th Premier League game as manager with a win but only after coming from a goal behind to beat Swansea City 2-1 at the Emirates Stadium on Saturday.
Army sets up board to probe shooting, death of officers at Chibok
18-year-old Russian student kicked out of college after viral video of her having sex at a club in front of everyone hits the internet
Share
Facebook
Twitter
WhatsApp
Pinterest
Linkedin
ReddIt
Email
Print
Tumblr
Telegram
Mix
VK
Digg
LINE
Viber
Naver
Previous articleMaina ran bank account through sms, email, EFCC tells court
Next articlePatience Jonathan’s N350m frozen