EU gives country ‘yellow card’ over illegal fishing The European Union said Monday it has given a “yellow card” to Vietnam, warning the Pacific country it could ban seafood exports unless Hanoi did more to tackle illegal fishing. 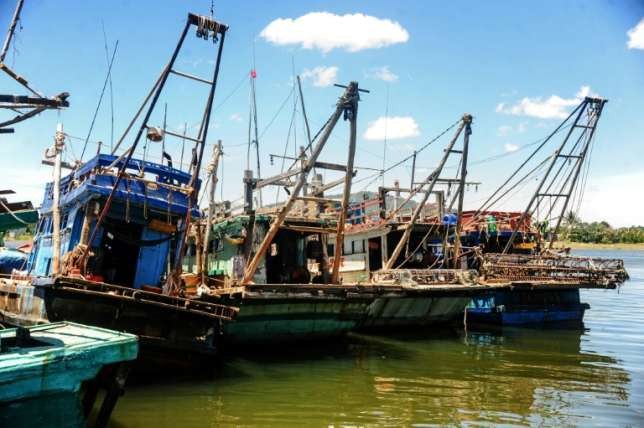 The European Union said Monday it has given a “yellow card” to Vietnam, warning the Pacific country it could ban seafood exports unless Hanoi did more to tackle illegal fishing.

The European Commission, the executive of the 28-nation EU, said Vietnam should fix the problem “within a reasonable timeframe” but did not set a deadline.

“We cannot ignore the impact that illegal activities conducted by Vietnamese vessels are having on marine ecosystems in the Pacific,” European fisheries commissioner, Karmenu Vella, said in a statement.

“We invite the Vietnamese authorities to step up their fight so we can reverse this decision quickly,” Vella added.

He said the EU was offering Hanoi technical support to stop the problem, urging steps to “rectify the situation within a reasonable timeframe.”

The commission said Vietnam lacked “an effective system” to punish illegal or unreported fishing and did too little to stop Vietnamese vessels in the waters of neighbouring small island countries.

Vietnam ranks among the top ten world producers of seafood products, according to the FAO, the UN food and agriculture organisation.

The commission can go as far as handing a red card to a third country that fails to curb illegal fishing and eventually impose a trade ban on fishery products.

The EU, the world’s biggest fish importer, adopted the regulation that took effect in 2010 in a bid to avoid being complicit in illegal fishing and promote sustainable use of the sea.