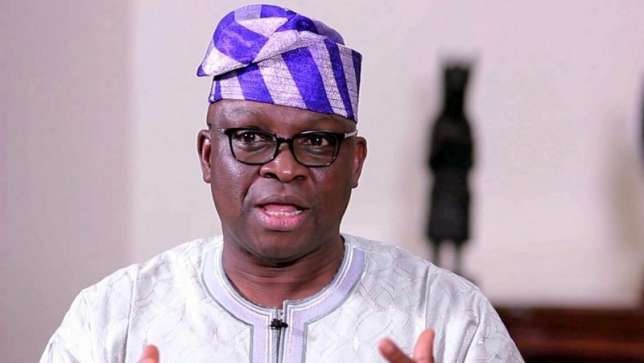 The governor of Ekiti state, Ayodele Fayose, has been accused of collecting the sum of $10,000per delegate but ended up paying N50,000 to each delegate at the Peoples Democratic Party national convention in Abuja.

The All Progressives Congress (APC) in Ekiti state accused the governor of shortchanging delegates while claiming the funds were bribes for the delegates to vote for some candidates.

In a statement on Monday, December 18, 2017, the spokesman of the APC in Ekiti, Taiwo Olatubosun, made the allegation.

A total of 92 delegates represented Ekiti State and the delegates, according to the statement from APC, were said to have been directed to vote for Uche Secondus, winner of the chairmanship election, and some other candidates.

However, all the 92 candidates were alleged to have only been paid N50,000 each by the governor, who was at the convention with his supporters and the state’s delegates.

There had been allegations of bribery at the recently held PDP convention in Abuja but the talks have been bandied in hush tones until the recent outburst of the Ekiti APC.

Olatubosun said: “Just last week, he robbed members of his party who were delegates to PDP convention by collecting $10,000 on behalf of each of the 92 delegates but gave each delegate a pittance of N50,000, while their counterparts from other states went home with $10,000,” the statement read.

“This is the same way he denied taking N2 billion Ecological Fund for a very long time until APC approached Ecological Fund Office in Abuja to confirm the status Ekiti State’s entitlement and three days after he confessed taking the money.

“He announced the award of exactly N2 billion even though up till now, there is no ecological project he executed with that money and the result is what we saw early in the year when floods ravaged several parts of the state.”

The governor’s mouthpiece, Lere Olayinka, is yet to respond to the allegation levelled against the governor by the state’s opposition party.