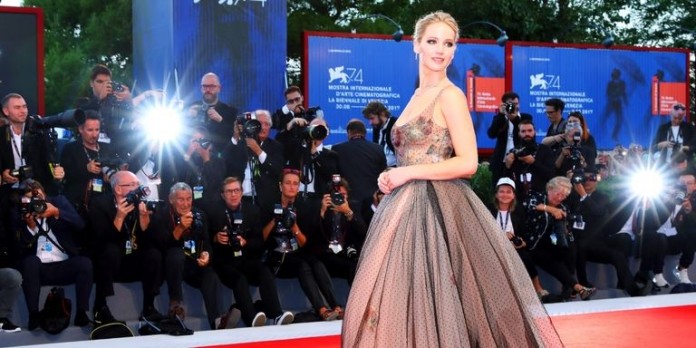 Call it glitz, call it glamour, call it good ol’ razzle-dazzle, but there’s nothing quite like film festival star power. Each fest—be it Sundance’s charmingly undone snowstorm-ready attire, Tribeca’s city-ready cool, or Venice’s sweeping gowns—begets a new bona fide red-carpet moment. And every time, there’s one player who breaks out: She has the perfect dresses, the best looks, and that certain magic around her. Who wouldn’t want to be that girl for a day?

I had my chance this spring when I was invited to the South of France during the Cannes Film Festival’s seventieth-anniversary festivities by the boutique fragrance brand The Harmonist. If Sundance in Park City is the VMAs of festivals, where even the most VIP attendees stay in ski-bum bunk beds and dip out to the slopes between screenings, and Venice is the Oscars, with George and Amal Clooney still reigning supreme from their Lake Como pad, Cannes has found a comfortable middle ground as the Golden Globes: still elevated, but with a whiff of accessibility. (And you’re encouraged to drink.)

I also happened to be growing out a Mick Jagger–inspired mullet chop. How to compete in the shiniest arena? By consulting Living Proof Global Creative Director Michael Shaun Corby predeparture and confessing my trepidation. “You have to embrace the extremity of the cut,” he said. “Think of what a model would do. Let it be severe.” I was sent on my way with instructions to buy oversize barrettes in two colors and stack them in alternating layers, slicking my hair back from the temple down into a sort of beaver tail, with a slightly teased front—a glamorized take on Joe Dirt hair—and then given enough products to necessitate checking my luggage.

With the realization that if I could make it there, any formerly paralyzing black-tie wedding or fundraiser back home would be a piece of cake, I pack the most aspirational dress I own (archival black-and-white Valentino, very Julia Roberts accepting her Oscar) and tuck lipsticks into the bodice (my hair products have taken up every last square centimeter of my suitcase). The adventure starts at JFK, where model Coco Rocha and her Insta-famous toddler are loading into my very civilian flight. There’s nothing to take the sting out of economy quite like seeing a famous face struggling through your same layover in Germany.

Once in Cannes, it becomes clear why Rocha might have had difficulty finding other transport—the city is teeming: Festivalgoers, film students, stars, and tourists all saunter down the Croisette, where boutiques and five-star hotels are topped by billboards plastered with Harmonist ads. The brand is hosting a rooftop pop-up retreat inviting visitors (including Orlando Bloom, Catherine Deneuve, Juliette Binoche, and Mélanie Laurent) to an ancient Chinese–inspired astrological reading to guide them to an assigned element and, ultimately, the scent that suits them best. After divining my element—water—Priya Sher, their feng shui consultant, sets me loose to sniff my way to my preferred option: Guiding Water, a combination of notes of watermelon, jasmine, white musk, and pink peppercorn, a yin element meant to help me hone my networking (to which I am traditionally fairly allergic) and turn on the charm.

Once out of the Harmonist’s delicately scented aerie, I’ve planned to use my limited time as any festivalgoer would—which is to say, in as close proximity to Rihanna as possible. Luckily, she is hosting a galactic-themed party—at the very chic start time of 11 P.M.—with the diamond house Chopard, for which yachts carrying legions of models, led by Kendall Jenner, have already begun circling. I’m set with a carefully smeared smoky eye (pulling clear gloss over a mix of black and brown kohl to make it look modern—a tip picked up from makeup artist Terry Barber) and sparkles (veering more toward Claire’s than Cartier); a stark white Wes Gordon dress; and the assurances of my hosts that no one in Europe even thinks of eating before 10 P.M., so I should show up well after midnight. Tell that to the doorman who meets my 1 A.M. entrée with a raised eyebrow and a stern, “The party is over.” I tromp home, stilettos in hand, and run into a dejected-looking Jeremy Renner in the elevator. Perhaps he was also too late.

The next morning, as I survey an open-air flea market, I see Coco Rocha at nearly every turn. She has become my festival mascot, both of us seemingly without anchor but determined to make it work. Bliss! My email pings with an alert from ELLE’s kind entertainment director—I can have her invitation to the Netflix red-carpet black-tie screening of The Meyerowitz Stories (New and Selected). I pick up colorful hair clips, pin my hair just as Corby recommended, and skip the red lip in favor of a Sharon Tate–inspired matte pink and all-over gleam, heavy on highlighter and lashes. Mustering all the positive energy I can get, I spritz on Guiding Water—hoping to channel any of the socially attractive vibes the scent could assist me with—zip up my Valentino, throw back my shoulders, and make my way to the theater as a bleacher full of cameras flashes away…until security dead-arms me at the entrance. I’ve arrived at the same time as the cast and am unceremoniously directed to the back of the step-and-repeat as the director, Noah Baumbach; his girlfriend, Greta Gerwig; and star Adam Sandler make their entrance. Safely ushered to my seat, I survey the ticket holders around me—not exactly as glamorous as I’d dreamed, but almost: The audience seems like a combination of promgoers and extras from the golden days of cinema. Delighted, I settle in.

Michelle Monaghan at Sundance (left); Guiding Water, a yin element, promises to help me hone my networking (to which I am fairly allergic) and turn on the charm (center); Bella Hadid at the amfAR gala at Cannes (right)
GETTYMAT HAYWARD + DAVE BENETT+ COURTESY

The after party is in a beautiful villa outside of town (where, I learn, the most glamorous fetes are) and is initially less star-powered than industry-heavy. Until—Tilda Swinton arrives! Attempting to casually walk by her on the way to the bar, I slip nearly the whole way down a marble staircase on my heel and am deposited at her unblinking feet. Defeated, I try a different staircase in hopes of making a quick exit. Instead, I find myself at yet another part of the party—Netflix has rented not one home but two—and apparently all the cool kids have congregated at this one. Dustin Hoffman, carrying his wife’s dramatic silk train, bids me a very polite good night. Julianne Moore and Emma Thompson whisper around a patio table under twinkling tree branches. I perch on a fountain’s edge with a glass of sparkling water, watch a very animated Ben Stiller, and chat with a young director who makes a very compelling case for a quick trip to Corsica. It must be the perfume. The ground is littered with abandoned champagne flutes, and inside, the villa is set up for a dance party that hasn’t even begun yet. The crowd is decidedly sparklier, but I’m ready for bed. Even the most glamorous parties, I’m coming to learn, aren’t that fun when you don’t know anyone.

Back in my hotel room, I hang up my dress, scrub my face, and scan Instagram for the startling perfection of Elle Fanning and Elisabeth Moss—both blooming on red carpets separate from the one I attended, but so close. I gather my bags for my flight the next day, tucking in my bottle of Guiding Water for the next time I need a little liquid courage, and steal a final peek out my window at the moon glinting on the Mediterranean. Maybe the same moon Coca Rocha is looking at from her hotel room.

Stars are born on film-festival red carpets. Over the course of several days of photo ops in all manner of weather, their supporting hair and makeup teams get to shine, too. A few alums share their red-carpet necessities:

“The red carpet is outside, so makeup magnet products are key,” says Daniel Martin, one of the artists behind Elisabeth Moss’s perfect skin. Lock in a smoky eye with Urban Decay Eyeshadow Primer Potion (1), which Martin also uses to cover up blemishes. For the essential shot of glam that stays put? Martin swears by Rouge Dior Liquid Lip Stain in Matte-Red (2). “It’s iconic and comfortable on lips.”