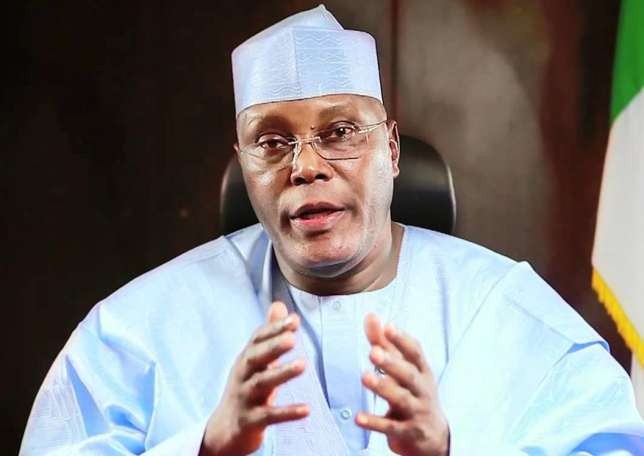 Atiku Abubakar has been on this defection business since forever. Here are all the instances.

The man who served as President Olusegun Obasanjo’s Vice President from 1999 to 2007, has just announced that he’s dumping the governing APC—a political party he just joined in 2014 after falling out with his friends in the PDP.

We go back in time to chart Atiku’s political journey as he seeks to become Nigeria’s president someday….

Musa Yar’adua props Atiku for the SDP Presidential primary. Atiku has been honing his craft under Yar’adua’s PDM political machinery.

Atiku loses the SDP ticket to MKO Abiola and abandons his presidential ambition on the floor of the convention.

However, Obasanjo who has just secured the PDP presidential ticket from prison, snaps Atiku up to become his running mate.

Atiku serves as Obasanjo’s Vice President. He falls out with Obasanjo before the end of their first term together and after they secure their second term ticket.

Atiku defects to Action Congress (AC) after picking fights with Obasanjo. Their relationship has frozen irredeemably.

At some point during their duels, Atiku secures the support of most PDP Governors who urge him to run against Obasanjo just before the expiration of their first term.

Atiku is that powerful and influential.

Obasanjo famously kneels before Atiku and extracts the latter’s support for a joint Obasanjo/Atiku re-election ticket in 2003.

Atiku falls out with AC godfather Bola Tinubu and dumps the AC for the PDP.

Atiku stages walkout from the PDP convention alongside aggrieved Governors of the then governing party.

He pitches tent with the APC.

Atiku runs for president on the APC platform.

He loses the APC presidential primary in Lagos to Muhammadu Buhari.

He polls a distant third behind Buhari and Rabiu Musa Kwankwaso.

Atiku says he has been sidelined by the APC, dumps the APC.

ALSO READ: Don’t get it twisted, Atiku will become president or die tryin’

He cites lack of internal democracy, non-adherence to the constitution of the APC and dictatorial bent of the APC for his action.