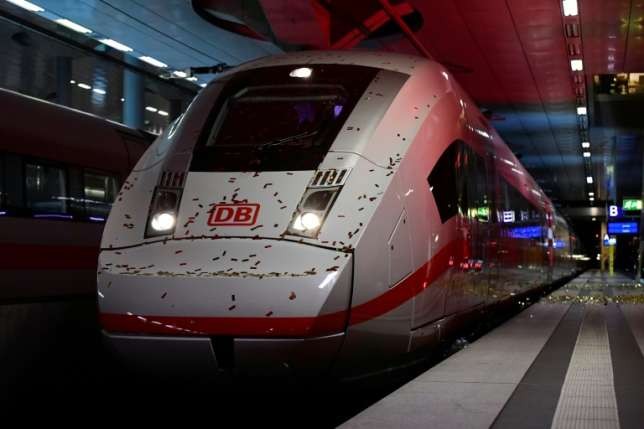 Plans by Germany’s national rail provider to name a train after Jewish diarist Anne Frank came under fire Monday, with a foundation saying it “caused new pain” to those who experienced deportations.

“The (train’s) naming is controversial,” the Anne Frank Foundation said of the plans by Deutsche Bahn.

“A combination of Anne Frank and a train conjures up the image of persecution of Jews and deportations during World War II,” the Amsterdam-based foundation said in a statement.

Frank and her family hid in a secret annexe in Amsterdam during the German occupation of the Netherlands during the Second World War.

They evaded capture and deportation until they were possibly betrayed in August 1944 and Anne and her sister were sent to Bergen-Belsen where they died in early 1945.

The rail company had asked for suggestions of who to dedicate their new ICE high-speed trains to.

A jury including two historians chose Frank from a shortlist of 25 names, out of a total of 19,000 proposals for candidates.

The suggestions included former German Chancellor Conrad Adenauer as well as Hans and Sophie Scholl, two German students who were executed by the Nazis for their role in the resistance.

Iris Eberl, an MP in the CSU, the Bavarian sister party of Chancelor Angela Merkel’s conservatives, tweeted “naming a train after Anne Frank is callous” in reference to Frank’s deportation by rail.

Berlin-based Deutsche Bahn said the move was “in no way intended to damage the memory of Anne Frank.”

“Rather, the DB, conscious of its historical responsibility, decided to keep the name of Anne Frank alive,” it said in a statement.

“The DB profusely apologises if anybody’s feelings were hurt,” it added, saying suggestions “came from DB customers and committed citizens.”

The company will “take seriously the concern currently expressed by the public and will hold internal discussions, with the blessing of Jewish organisations,” it said.