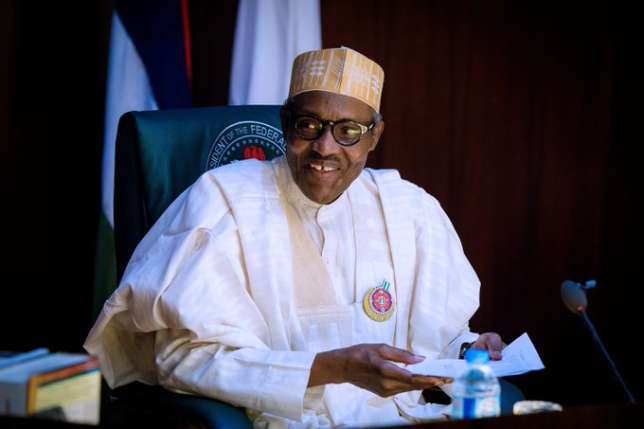 Buhari is said to be concerned with those who depend on salaries to feed their families, pay school fees and their house rents.

President Muhammadu Buhari has directed state governments to ensure payment of outstanding workers’ salaries in their various states, to enable workers to “smile to banks”, and to happily celebrate the forthcoming Christmas.

Governor Rochas Okorocha of Imo confirmed this development to State House correspondents after a closed door meeting with the President in the Presidential Villa, Abuja, on Monday, November 27, 2017.

He said workers’ issue took the centre stage during the meeting, adding that the president was so much concerned with those who depend on salaries to feed their families, pay school fees and their house rents.

Okorocha said Buhari specifically directed the governors to ensure that they keep workers and pensioners happy by paying their outstanding salaries and allowances from the balance of the outstanding Paris Club refund which will soon be paid to them.

He said: “It was a brief meeting between the governors of Nigeria and the President of the Federal Republic of Nigeria.

“The discussion centred on basically the end of year and president himself has expressed the need to make sure that every Nigerian, especially the workers have a beautiful Christmas.

“The issue of outstanding Paris Club was discussed and that was taken care of to make sure that workers in various states, everywhere in the country get to celebrate the Christmas.

“We also use the opportunity to review our working relationship with the president and we found out that we are in harmony; there is no difference between us and the president, everybody seems to be very happy; we are working together.

“We particularly commended Mr President for getting Nigeria out of recession”.

Okorocha stated that the governors lauded Buhari for approving the payment of the remaining balance of 50 per cent of the Paris Club refund to the states.

He said the president’s approval will enable the states to include part of the refund in their 2018 budget proposals.

“We are looking at getting the balance of Paris Club refund thrashed out once and for all.

“We also made a request for Mr President’s approval that the balance should form part of our 2018 budget, because we can’t include it until we are sure that the money is coming. That was also sorted out,” he added.

Okorocha stated that the governors assured the president that they would meet up with the obligations of paying the salaries of their workers.

Governor Nasir El-Rufa’i, who also spoke on the outcome of the meeting, said the president has ordered that the balance of the first 50 per cent be paid to the state governments to meet their obligations before Christmas.

He said: “The Paris club figures need to be reconciled. While the reconciliation process was going on, the president approved that 50 per cent of the original amount be paid to the states. The payment started from last year.

“We still have the balance of the first 50 per cent.

“This is what the president said should be paid to state governments to meet their obligations before Christmas because he’s concerned that many families depend solely on their salaries to pay for rent, for the festive period. That had been decided.”

According to him, the balance of the first 50 per cent is expected to be paid to states before Christmas.