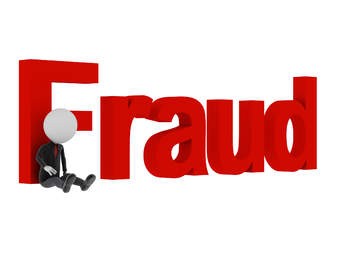 The police in Ibadan, Oyo State, have sued a 37-year-old woman, Oyeranti Martins, at an Iyaganku Magistrates’ Court, Ibadan for allegedly obtaining N7million under false pretence.

The prosecutor, Salewa Ahmed, told the court that the accused committed the offences between 2014 and 2015.

He said: “Martins fraudulently collected N6 million from Osubu Adenike on the pretext of selling shares of First City Monument Bank to her.

“She also fraudulently collected N1million from Florence Oluwawemida on the pretext of selling shares to her, knowing same to be false.”

Ahmed said the accused converted the N7million collected from the complainants to her use.

The accused pleaded not guilty.

She said one of the sureties must be a relation of the accused and adjourned the case till December 22 for mention.

Nine dead, many injured in accidents
Photos: Vice President Yemi Osinbajo attends wedding of the DSS official attached to him
Ogun State Commissioner for Commerce and Industry, Bimbo Ashiru resigns
‘No automatic ticket for President Buhari in 2019’ Governor Rochas Okorocha says
Kidnap suspect’s Evans family makes appearance at Aso Rock meeting
Self Defence ‘I killed my uncle when he tried to rape me’ – Murder suspect The police in Enugu State have arrested a young girl who killed her uncle when he attempted to rape her in his house.
20-year-old apprentice allegedly shot dead, four others injured in Lagos during raid by soldiers attached to Exercise Crocodile Smile II
Pinki Debbie seeks world record for dance
Why I withdrew Governor Obiano’s security personnel – Police IG Speaks.
Primary school pupils protest sack of 21,780 teachers in kaduna
Students of Kings College, Lagos pictured being punished like animals today (photo)
US President to decide on North Korea terror list after Asia trip
Watch this runs-girl celebrating N100K pay off with nude video
‘My mother encouraged to travel to Abidjan for prostitution
Kevin Spacey ‘House of Cards’ actor comes out as gay, apologizes after misconduct accusation Kevin Spacey came out as gay early Monday and apologized to actor Anthony Rapp, who accused the Hollywood star of making a sexual advance on him at a 1986 party.
5 kid-robbers arrested by OPC members while burgling shop A gang of kid-robbers who invaded a shop late in the night in Ogun State were saved from lynching by men of the OPC after they were caught.
Nigerians on twitter slam Okorocha for unveiling statue of Liberian President, Ellen J. Sirleaf in Imo State today
Monkeypox Virus now in 11 states The ministry of health’s spokesman, Mrs Boade Akinola made this known in a statement issued on Friday in Abuja.
2018 budget: Govt votes N1b for State House Clinic
Trump reportedly wants the State Department to release any Hillary Clinton emails it has left
Share
Facebook
Twitter
WhatsApp
Pinterest
Linkedin
ReddIt
Email
Print
Tumblr
Telegram
Mix
VK
Digg
LINE
Viber
Naver
Previous articleChris Oyakhilome daughter & boo are engaged!
Next article‘My husband tied me to tree’