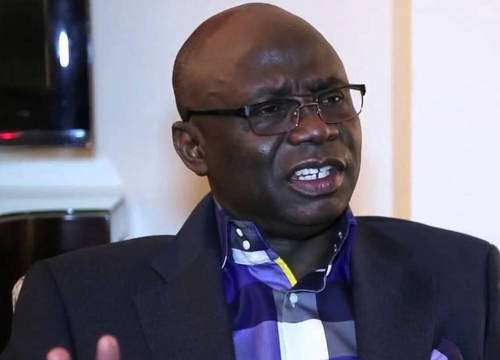 The cleric said God instructed him to run for the highest office in the land and lead the nation to prosperity.

Pastor Tunde Bakare, founder of the  Latter Rain Assembly has declared his intention to run for president of the Federal Republic of Nigeria.

He disclosed this at the new year eve’s service of the church in Ogba, Lagos.

The cleric said God instructed him to run for the highest office in the land and lead the nation to prosperity.

He said, “I heard the Lord say to me, politics is not over for you, there is still one thing left for you to do; run for president.

“And He said to me, I will work it out myself. I will make it happen in due course. Please trust me, I lie not in the Holy Ghost. This is not easy for me to share with you. I shared this with you, so that you can pray along with me.”

The cleric, however, stressed that the exact time for the ambition is not clear yet.

He quoted God as saying “I will make it happen in due course”.

Bakare, who is the convener of the Save Nigeria Group, contested alongside Muhammadu Buhari, the incumbent president in 2011, but both men lost the elections.

He fiercely criticised the government of Olusegun Obasanjo, and was arrested in 2002 by the state security service (now DSS), and was released in less than 24 hours after he was picked up.

Bakare predicted the outcome of the 1993 elections and warned that Moshood Kashimawo Abiola, who won the election will be killed if care was not taken.

He also predicted the death of Sani Abacha in at the Conference of Prophetic and Apostolic Churches (COPAC) in 1998. The head of state died a few months later.

After he graduated from the University of Lagos, where he studied law, Bakare worked with Gani Fawehinmi, the late human right activist and “senior advocate of the masses”.

He also worked with Rotimi Williams, the assassinated gubernatorial aspirant in Lagos state, before setting up his law firm in 1984.