Pope Francis calls for Lord’s Prayer to be altered 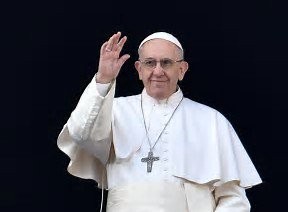 Pope Francis calls for Lord’s Prayer to be altered

Pope Francis has called on the Roman Catholic Church to alter the Lord’s Prayer because he believes the current translation suggests God is capable of leading us “into temptation”.

He has suggested he wants to make a change to The Lord’s Prayer,popularly known among Catholics as the “Our Father.”

According to Reuters, the Pope during a televised interview Wednesday he would prefer to adjust the phrase “lead us not into temptation,” saying that it too strongly suggested that God leads people to sin.

“That is not a good translation,” the pope said. The phrase “do not let us fall into temptation,” which the Catholic Church in France has previously decided to use, would be a more appropriate alternative and should be used around the globe, Francis said.

“I am the one who falls. It’s not him pushing me into temptation to then see how I have fallen,” he continued. “A father doesn’t do that, a father helps you to get up immediately. It’s Satan who leads us into temptation, that’s his department.”

The prayer originated from Jesus’s language of Aramaic, which was then translated to ancient Greek, and later to Latin.

The prayer is part of Christian liturgical culture and memorised from childhood by hundreds of millions of Catholics.

In China You get arrested for preaching the gospel This country is ranked 39 on Open Door USA’s World Watch List for countries suffering religious persecution.
We really love each other but our parents are being difficult
Pope Francis shares a message on helping the poor after donating his Lamborghini to charity
Bianca is Responsible for My Father’s Death – Emeka Ojukwu Jnr Speaks Out in Explosive Interview
Pope Francis walks religious, diplomatic tightrope in Myanmar
Trump Jr US President’s son hinted at review of Russia sanctions act, says lawyer A Russian lawyer has said Donald Trump Jr suggested in a meeting during the US presidential campaign that a law imposing sanctions on Russia could be reviewed if his father were elected.
‘I unapologetically believe in tithing’ – Gospel act, Nathaniel Bassey
Fergie Recalls Crystal Meth Addiction: “I Was Hallucinating on a Daily Basis”
Mercy Johnson Watch actress as she sings to her husband in bed
In Egypt Al-Azhar’s imam meets pope, vows to fight terrorism The grand imam of Egypt’s famed Al-Azhar institution Ahmed al-Tayeb, one of the Muslim world’s leading religious authorities, on Tuesday met Pope Francis and pledged greater cooperation to fight terrorism.
‘I sleep with 10 women everyday’ – Ghanaian lesbian who has converted over 3,000 women into lesbianism brags (Video)
Rihanna to co-host ‘Controversial’ 2018 Catholic Couture inspired edition With Anna Wintour as host, Rihanna, Amal Clooney and Donatella Versace supporting, the MET Gala 2018 theme is controversial!
Tiwa Savage Singer says God saw her through the trying times of her marriageTiwa Savage Singer says God saw her through the trying times of her marriage
Pope Francis is Right on The Lord’s Prayer By Reno Omokri
Photos: The Kano-based priest who quit Catholic Church recently got married? See his supposed wedding photos!
Omoego – You Are God
Joe Praize – Everything is Blessed