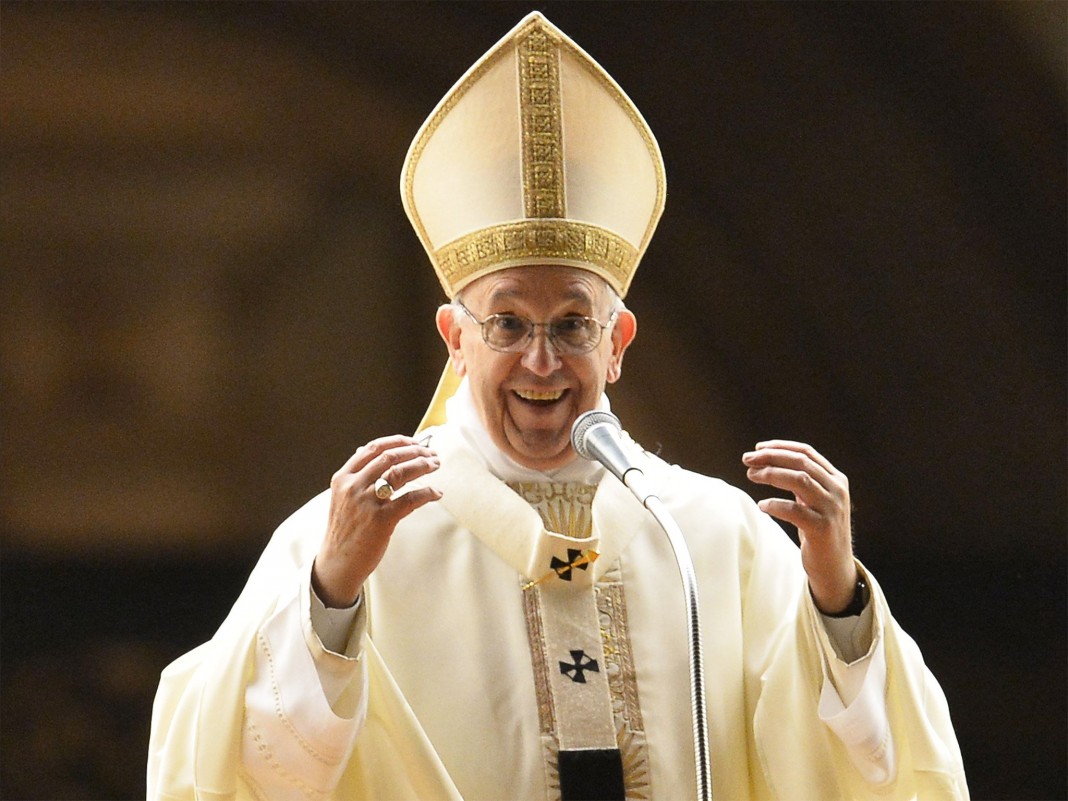 I agree with Pope Francis that ‘Lead us not into temptation’ is a wrong translation because it conflicts with James 1:13 “God cannot be tempted by evil, nor does he tempt anyone”. It is wrong to attack Pope Francis if you don’t understand him. The Bible was NOT written in English.
Saying things like he is an anti Christ on the basis of his opinion is just a feature of ignorance.
I have read the Bible cover to cover in multiple translations. I also regularly read the Aramaic Bible. The Lord’s prayer is not the only part of the Bible that has been mistranslated.
There are many verses in the Bible that have been mistranslated. Isaiah 45:11 is just one of many. The King James Version renders it as a command i.e. we are to command God. But we are not to command God. That is an abomination. That verse is meant to be rendered as a question not a command.
It is not meant to be
“Thus saith the LORD, the Holy One of Israel, and his Maker, Ask me of things to come concerning my sons, and concerning the work of my hands command ye me.”
It is meant to be ‘concerning the work of my hands command ye me?’
If you travel to England from America and you give them $100 you will get £74. However, if you come to America and give them that same £74, it will not be able to buy you $100. It may buy you $97 but not $100.
Why is this?
Because something is always lost in the conversion process.
That is what has happened to the Bible when it went from Hebrew/Aramaic/Greek to English.
At this point, let me say that I admire Muslims because they prefer to translate themselves rather than translate their Qur’an.
They translate themselves by learning Arabic so they can read the Qur’an in its original language, Arabic.
Reno Omokri
Number One Bestselling author of Facts Versus Fiction: The True Story of the Jonathan Years: Chibok, 2015 and Other Conspiracies
Daddy Freeze OAP replies Pastor Ashimolowo over wife beating accusation
IS GOD THE AUTHOR OF CONFUSION? @thewinlos
Christianity on Sex What does the Bible actually say about premarital sex? We look at nine bible verses concerning sexual relations before marriage.
Photos: President Buhari arrives Jordan for Counter Terrorism Summit
‘I sleep with 10 women everyday’ – Ghanaian lesbian who has converted over 3,000 women into lesbianism brags (Video)
NSCDC arrests 5 persons with 2 truckloads of suspected stolen diesel In Delta State
Omoego – You Are God
Self Defence ‘I killed my uncle when he tried to rape me’ – Murder suspect The police in Enugu State have arrested a young girl who killed her uncle when he attempted to rape her in his house.
Tiwa Savage Singer says God saw her through the trying times of her marriageTiwa Savage Singer says God saw her through the trying times of her marriage
Lc Beatz – Rere Ni (@LC_bEATz)
Joe Praize – Everything is Blessed
In Egypt Al-Azhar’s imam meets pope, vows to fight terrorism The grand imam of Egypt’s famed Al-Azhar institution Ahmed al-Tayeb, one of the Muslim world’s leading religious authorities, on Tuesday met Pope Francis and pledged greater cooperation to fight terrorism.
Samsong – God Of The Nations Ft. Eben
Tyrese threatened The Rock’s daughters on social media
Aguero becomes joint-top scorer in Man City history
Police nab suspect operating with master key
Pope Francis shares a message on helping the poor after donating his Lamborghini to charity