Britain’s Prince Harry has avoided opening up a diplomatic rift between the British and US governments over the guest list for his wedding to Meghan Markle, saying plans had yet to be finalized.

Asked on a BBC radio program whether he would invite former US President Barack Obama Harry swerved the question, saying he didn’t want to “ruin that surprise.”
There has been speculation in the UK media that British officials fear the political consequences if the couple decide to invite Barack and Michelle Obama, with whom they are friends, but not President Donald Trump.
Markle, an American actor, has been critical of Trump in the past, and there is already widespread controversy in the UK over the prospect of an official visit by the President to the UK. 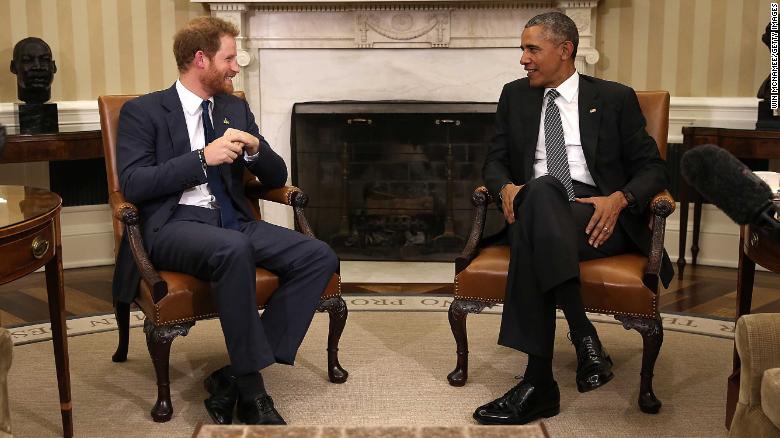 Then-US President Barack Obama meets with Prince Harry at the White House in October 2015.
The wedding is not a full state occasion and the guest list is being drawn up by Buckingham Palace, with the British government in a consultative role. It is not clear whether Downing Street would insist on Trump or a representative being invited, or whether it could block an invitation being extended to the Obamas.
The vexed issue came up when Harry appeared as guest editor on BBC Radio 4’s flagship morning program, Today, on Wednesday. After a pre-taped exchange between Harry and Obama, the Prince was asked whether his friendship with the former President warranted an invitation to the wedding.
“We haven’t put the invites or the guest list together yet so who knows whether he’s going to be invited or not. I wouldn’t want to ruin that surprise,” the prince said.
Harry has become close to the Obamas through their support for the Invictus Games, an event for injured servicemen and women that was started by the UK royal in 2014.
The Prince conducted the interview with Obama for BBC Radio 4’s Today program while he and the former US President were in Toronto, Canada, for this year’s Games.
The Prince and Markle, who announced their engagement last month, have set May 19 as their wedding date. The ceremony is to be held in St George’s Chapel at Windsor Castle, west of London. 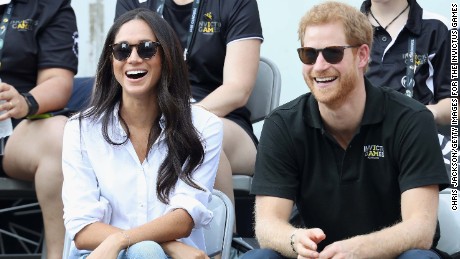 What you didn’t know about Meghan Markle 01:56
UK newspapers have already begun speculating over who might be on the guest list, which could bring together an intriguing mix of British and showbiz aristocracy.
The wedding is expected to be a smaller affair than that of Harry’s brother, Prince William, in 2011. He and his wife, Catherine, had two receptions in Buckingham Palace: a traditional lunch for over 600 guests, which was hosted by the Queen and included dignitaries and officials, and a more intimate evening party for roughly 300 friends and family. 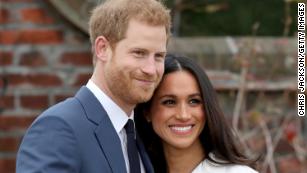 Meghan Markle intends to become UK citizen after marriage to Prince Harry
St George’s Chapel was most recently the scene of the wedding of Peter Phillips — son of Princess Anne and cousin to Harry — who married Canada-born Autumn Kelly there in 2008.
Harry and Markle spent Christmas with Queen Elizabeth and Prince Phillip, as well as other family members, at Sandringham, the Queen’s country estate in rural Norfolk, about 100 miles north of London.
Asked on air Wednesday how his first Christmas was with Markle, Harry said they had had an “amazing time” and a lot of fun with William and his family. “Oh it was fantastic, she really enjoyed it. The family loved having her there,” he said of his fiancee.
Related: How much does a royal wedding cost?
Share
Facebook
Twitter
WhatsApp
Pinterest
Linkedin
ReddIt
Email
Print
Tumblr
Telegram
Mix
VK
Digg
LINE
Viber
Naver