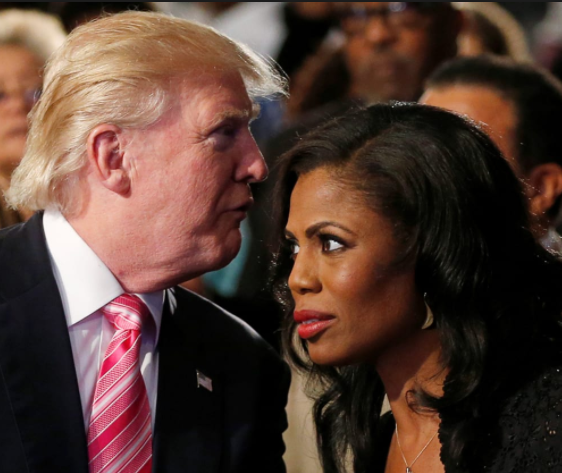 Omarosa Manigault Newman, a White House aide and former “Apprentice” contestant has rfesigned from her position in the White House. Her title was assistant to the president and communications director for the Office of Public Liaison.

“Omarosa Manigault Newman resigned yesterday to pursue other opportunities. Her departure will not be effective until January 20, 2018. We wish her the best in future endeavors and are grateful for her service,” a statement from Sarah Sanders read.

However, recent reports have it that Omarosa, who is of Nigerian descent, was actually fired from the White House.

CNN contributor, April Ryan, claims that Omarosa was fired for acting out. She got shown the door at the White House because Chief of Staff John Kelly “was tired of it,” April Ryan told Wolf Blitzer on Wednesday afternoon. 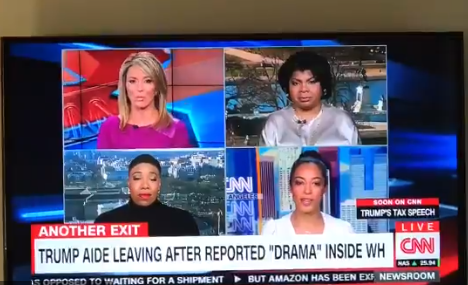 “He was tired of all the drama,” she specified.

“Omarosa is a mood changer for the President; she could get in his ear,” explained Ryan, who is American Urban Radio Network’s White House Correspondent & Washington Bureau Chief.

Ryan whoi has never liked Omarosa and has always called her a ‘coon’ added:

Kelly informed Omarosa she was fired on Tuesday night but agreed that it would take effect on January 20, as announced by Sanders. But the firing did not sit well with Omarosa who wanted to know if Trump had signed off on it. When told that Trump had signed off on it, she nonetheless wanted to talk to Trump but Kelly refused. Omarosa then tried to go see Trump in the White House residence without Kelly’s approval and she got stopped by security, who alerted Kelly. Kelly, the former Secretary of Homeland Security and a Marine Corps general, told Secret Service to remove her. Omarosa was escorted off the property. 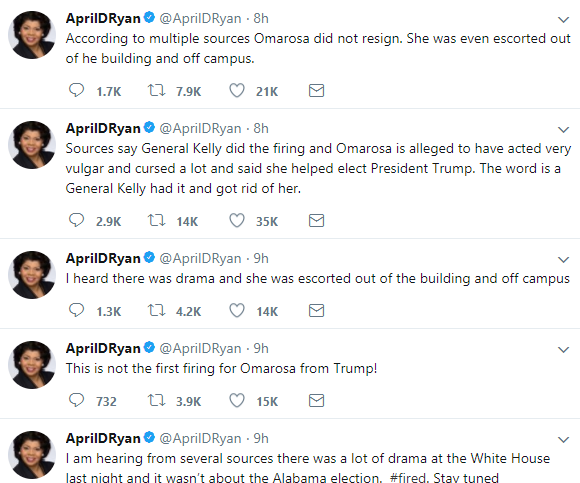 Omarosa was one of Trump’s highest-profile African-American female supporters and one of the few black women in Trump’s West Wing. Having been escorted from the White House by Secret Service, Ryan said she can’t see Omarosa filling out her remaining weeks on the job.