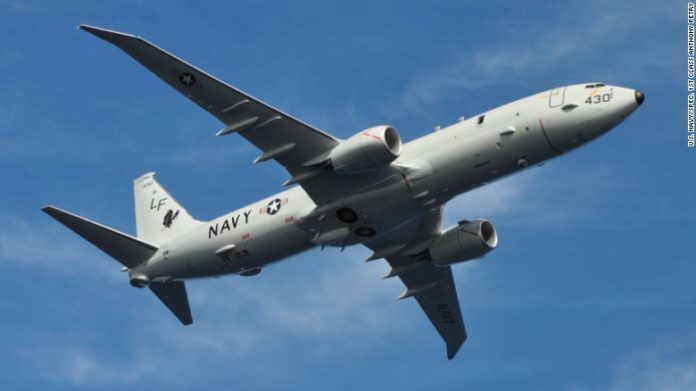 A Russian Su-30 fighter jet made an “unsafe” intercept of a US P-8A Poseidon aircraft Saturday while it was flying over the Black Sea, the Pentagon told CNN Monday.

“The US aircraft was operating in international airspace and did nothing to provoke this Russian behavior,” Lt. Col. Michelle Baldanza, a spokeswoman for the Pentagon, told CNN.
The Russian jet’s actions were deemed unsafe because the aircraft crossed in front of the US plane from right to left while engaging its afterburners, forcing the P-8 to enter its jet wash, an action that caused the US plane to experience “a 15-degree roll and violent turbulence,” according to Baldanza.
Baldanza added that the Russian fighter jet came as close as 50 feet from the US aircraft. 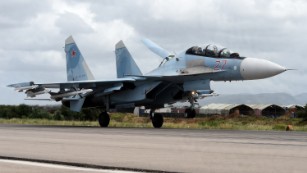 US pilots alerted to unsafe Russian flying in Syria
She said the P-8 had its transponder on during the incident.
A US Navy official told CNN that the intercept lasted about 24 minutes.
“Unsafe actions‎ have the potential to cause serious harm and injury to all air crews involved,” Baldanza said.
It has been several months since the last reported unsafe interaction between US and Russian aircraft. The most recent reported incident occurred in June, when a Russian Su-27 fighter flew within five feet of a US Air Force RC-135 reconnaissance aircraft over the Baltic Sea.
Prior to that incident there had been several similar encounters in the Black Sea, an area where Russia, the US and NATO operate in close proximity, particularly since Russia boosted its military presence in the region following its annexation of Crimea in 2014.
AY Makun Comedian featured on CNN Marketplace Africa, talks hardships in Nollywood When asked about the impact of the recession in the country’s economy on business, AY noted that even his company suffered as did most companies in the industry.
Samsung Galaxy J7 smartphone reportedly blows up in mid-air flight The story is going by a possible theory that the user of that Samsung phone may have caused the incident.
Trump-Russia Indictments, guilty plea in probe: What we know Two former Donald Trump associates were indicted Monday and it was revealed another has pleaded guilty to lying to FBI investigators, in the first substantial legal action stemming from the probe into Russia’s US election interference.
How men should dress for a black tie
Army sets up board to probe shooting, death of officers at Chibok
Kim Kardashian and Kanye West Enjoy Date Night Before Baby No. 3’s Arrival
Trump reportedly wants the State Department to release any Hillary Clinton emails it has left
20-year-old apprentice allegedly shot dead, four others injured in Lagos during raid by soldiers attached to Exercise Crocodile Smile II
US carriers in rare Pacific op amid North Korea tensions
Goldfrapp- Anymore (@goldfrapp)
Can the world’s mightiest naval fleet survive the perfect storm?
In Niger Second US team operated near site of Niger ambush – Pentagon “There are other teams that operate in Niger. There was one that had something to do with this operation,” Joint Staff Director Lieutenant General Kenneth McKenzie said.
Navy aircraft crash leaves 3 missing in Philippine Sea
In France British woman dies after fall from riverboat A British woman died Saturday night after falling from a boat which hit a beacon in the Rhone river in Avignon, southern France, emergency services said.
Trump Jr US President’s son hinted at review of Russia sanctions act, says lawyer A Russian lawyer has said Donald Trump Jr suggested in a meeting during the US presidential campaign that a law imposing sanctions on Russia could be reviewed if his father were elected.
Lady Gaga puts on very sexy display as she arrives for World Series game in LA (Photos)