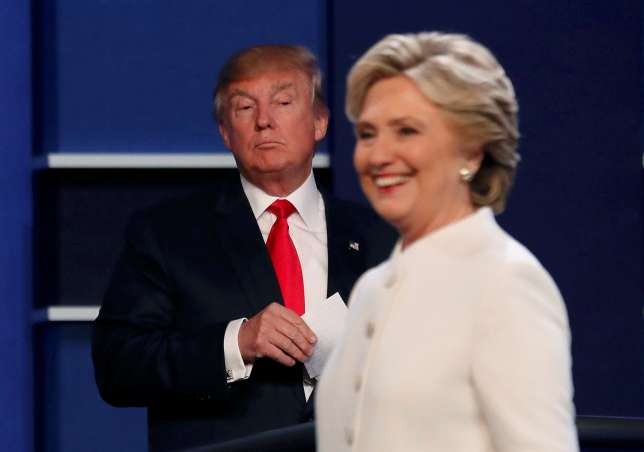 Trump reportedly signaled to the State Department to hasten the release of Hillary Clinton’s remaining emails as an effort to be transparent.

President Donald Trump is signaling to the State Department that he wants to hasten the release of any of Hillary Clinton’s remaining emails in its possession as an effort to be transparent, sources told CNN in a report Friday.

Trump was reportedly frustrated with government agencies’ pace in responding to information he believed should be public, even after Congress and federal courts requested them, CNN reported.

The State Department still had about 40,000 pages of records it needed to review before release, and was ordered by a federal judge to process 500 pages of Clinton’s records per month, according to CNN.

Trump’s interest in the release of Clinton’s emails comes amid another move that centers around his opponent during the contentious 2016 US presidential election. Trump also requested the Justice Department to investigate the alleged Russian involvement to gain influence in the US uranium industry during her tenure as secretary of state, CNN said.

Trump has focused public comments in recent weeks on the Uranium One deal. His at-times dubious claims about the deal have helped reignite one of his recurring campaign-trail attacks on Clinton.

Although sources told CNN that Trump was following protocol, other political operatives have wondered whether they served as a distraction from the looming cloud of investigations into Russia’s election interference and whether the Trump campaign played any part.