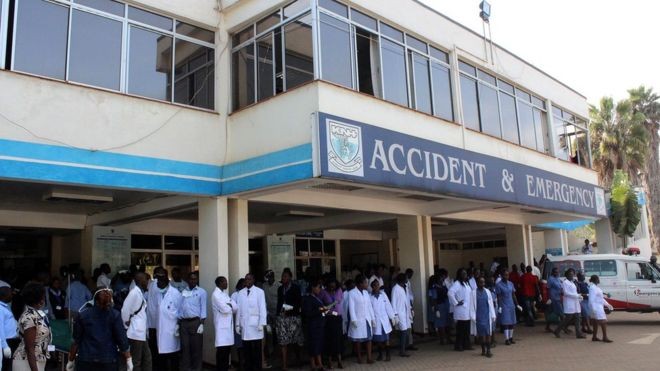 Kenya’s health minister has ordered an investigation into claims new mothers were sexually assaulted at a flagship hospital in the capital Nairobi.

Social media posts alleged that male staff members targeted the women when they went to feed their babies.

The Kenyatta National Hospital said the reports were “untrue” and denied any assaults took place.

Its CEO, Lily Koros, has asked anyone with evidence to pass it to the hospital or the police.

A post about the assaults first appeared on a Kenyan Facebook page called Buyer Beware, prompting more users to allege that sexual assault was common at the hospital.

One poster said that she knew of a woman who had given birth to twins via Caesarean and was attacked on her way to see them. The woman scared the attackers away by screaming, she said.

Health Minister Cleopa Mailu said he wanted a report into the allegations by Monday.

In its statement, the hospital acknowledged that new mothers had to travel between floors to feed their children, but said no rape or attempted rape had been reported.

“This damning and untrue social media report is authored in bad faith,” it said.

CCTV was in operation around the clock in the hospital and uniformed security officers were in place day and night, the hospital added.