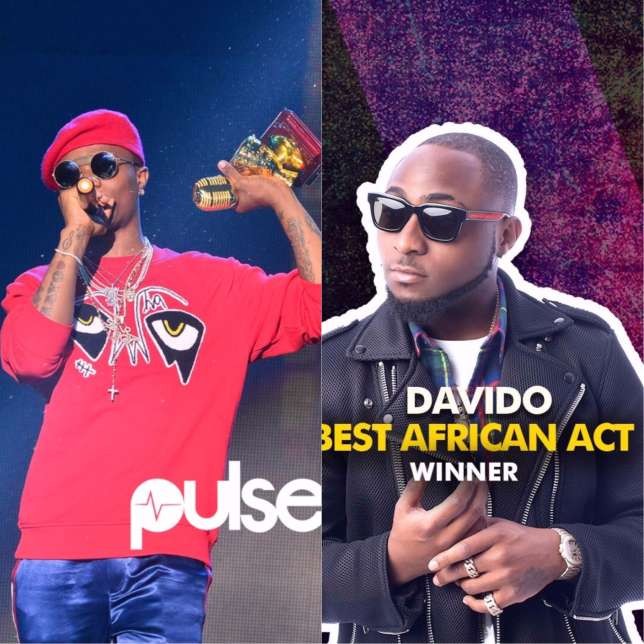 “Don’t come to the mainland…”

That’s the biggest pop culture beef line ever in modern Nigerian history. For those of us who witnessed street philosophy go against the elite in Olamide vs Don Jazzy beef, we thought that life will never remain the same. We pictured the dangerous scenario of every Agbero carrying a ‘hit’ order on Don Jazzy, stopping cars on Third Mainland Bridge, and searching every passenger with the hope of finding the man who dared to attack Olamide.

But that didn’t happen. The beef died before it festered, and everyone moved on. Fans sheathed their swords and life continued as it was: boring, filled with stress, bills and women curving men as usual. Mtchew.

But a Davido vs Wizkid beef has arrived to ignite what Don Jazzy and Olamide killed when they decided to settle. Those people were pussies. The real beef to end all beef is here. Starboy vs OBO might not be a clash of philosophies, but we will take what life gives us, and pray for a more exciting tomorrow.

This time there’s no Mainland vs Island, Street vs Tush, or Razz vs Boujee. It’s just Wizkid and his army of young people, against Davido and his squad of youngins. It’s two pop culture generals fighting against each other, and so, the lines of war are blurred.

But wherever you stand, and no matter how much you love them both, there comes a time in the life of a fan where you have to step up, and be counted. Whether by throwing shade, or refusing to listen to music, you have to act! When your favourite musician calls on you, it is an act of patriotism to obey that call. Go in with all your body, soul and spirit.

That’s why we are here to provide you with the best ways to properly join in the battle, because, only the weak stand on the fence and say “You people should have common sense and stop fighting.” You hear? Don’t be that guy who has plenty sense that these stars are lacking. Go on, be foolish. Join in the beef!

play A throwback picture of Davido, Dammy Krane, and Wizkid

No Brain: For you to join a beef that does not concern you, you don’t need your brain. The brain serves as the centre of reason, and it is supposed to give you sense. Wizkid and Davido are not your problem in this life, neither have they put food on your table. But since you feel like you are driven enough to participate in something so stupid, you have to lose your brain. Use a stone, crack open your coconut head, and pull out your grey matter. Go to your toilet and flush it down. You don’t deserve to have a brain. Idiots don’t need one. And that’s what you should aim to be; An idiot fan, with no sense.

play Wizkid in a screenshot from his latest music video ‘Manya’.

Social Media: You can’t be a part of Wizkid and Davido’s war without being on social media. Yes, it is alright to wake up, stand by the roadside and scream “Starboy for life” or “30 Billion Gang.” But you’re missing out on all the action. It’s not enough. You have to be on Twitter, Facebook and Instagram. Those are the front lines. In this war, everything you do offline don’t count! Make sure you matter.

Memes: While on social media, words aren’t enough. You need to know that expressing your opinion without the help of a meme is like drinking orange juice before battle. Who raised a weak person like you? You deserve something strong, something to ginger and hit home. And that’s where memes come in. They are the most effective part of your arsenal, providing the needed ‘little something extra’ to drive home your senseless attack. Imagine tweeting ‘I don’t like Wizkid’s music’, just like that.  That’s weak man. You need a photo of Odunlade, making a disgusted pose. So that when you tweet it, even if it makes no sense, that meme will help your life.

Humor: How can you execute a beef without humour? This Wizkid-Davido warfare is one of wits. And if you are not funny, or possess sarcasm, then hide your face. We have boring people tweeting about politics and business. Look at Wizkid, look at Davido. Are they not clowns? For them to fight at a point when they can join forces and be bigger, are they truly not funny people? Is something not pursuing them from their village so? You that want to join in their fight, you should be a clown too. Some people are born with humour, other become humorous. Fix up your life fast.

Music: Although this isn’t a core requirement, music has to come in at one point. Imagine screaming “Davido is the biggest artist in Africa, and I love him more than my father and that mumu Wizkid.” And when someone asks you what his latest song is, you begin to stammer. By virtue of you joining a beef that is senseless, we already know that you don’t have sense. But to not know and possess a copy of their latest music is a crime punishable by flogging. Wizkid has dropped ‘Manya’, Davido’s latest single is ‘FIA’, and you need to have that. You have decided to drink Panadol for another person’s headache. The least you can do is have water to swallow it.

And finally, make sure you have eaten this morning. Wizkid and Davido are two young millionaires, raking in cash from everything and everyone around them. They don’t care about you, neither do they know your surname. So, better find a hustle to do, that will give you money to put food on the table. What shall it profit a man to tweet “See Davido and his frog voice” when your empty stomach is croaking with starvation. At least that his frog voice is bringing him money. Your own frog sound is a reflection of your poverty.

In the end, Wizkid and Davido will be alright my dear, worry about yourself, and how you can survive this hot Nigeria.

Olympic weightlifter sells his gold medal to raise money for Iran earthquake victims
In Vietnam Death toll from typhoon rises to 61 The death toll from typhoon downpours and floods wreaking havoc along Vietnam’s south-central coast has risen to 61, an official said Tuesday, as the country opens its doors to world leaders for this week’s APEC summit.
Singer, Ruby Gyang celebrates her birthday with stunning new photos, writes open letters to her younger self, her daughter and her current self
Davido ‘FIA’ breaks from ‘Pon Pon’, but it complicates OBO’s winning formula
Wizkid, Davido Pop stars reportedly clash in Dubai as beef deepens
Magic utilizing similar principles as Warriors
Goodluck Jonathan I’m always close to tears when Nigerians say they want me back – ex-President
Teen made 911 report that preceded policeman killing him, investigators say
I Used to Take Marijuana, Codeine and Hard Drugs – Popular Nollywood Actress, Toyin Abraham
Hope for noma disease victims left without faces
Olamide Dear conflicted fan, it’s okay not to like “Lagos Nawa” album
Harry Kane to miss Old Trafford Clash
Khloe Kardashian Is Behind Your Favorite Kris Kardashian Meme
CDQ – Bye Bye Poverty (prod Hique)
LIB Exclusive: One year after, all is not well between Iyanya and Don Jazzy’s Mavin records
‘This is one picture that I wish my mum was alive to see’ – Davido says as he shares portrait with Oba of Benin, Oba Ewuare II
Tekno Ft. Wizkid – Mama MP3
Students of Kings College, Lagos pictured being punished like animals today (photo)