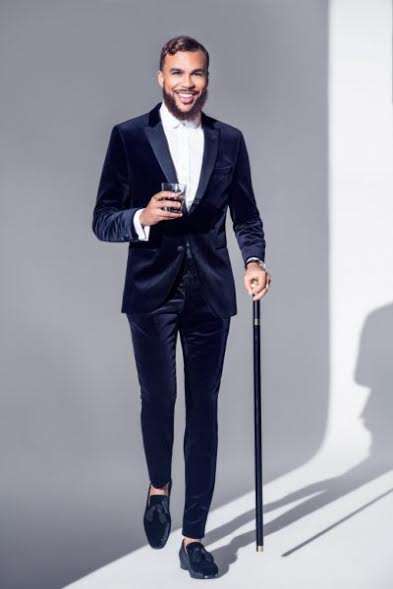 Jidenna Singer goes in on Trump over racist African comment

Jidenna is pissed and calling US president, Donald Trump, an unprintable name on Twitter, is proof.

The Nigerian-American singer took to his Twitter account to address the racist comment Trump made about African countries, that has thrown the Internet into a tailspin.

In a series of tweets where it is informative to point out that the fuckboy Jidenna spoke of was Trump, the “Classic man” singer went on to point out some of the many things that have made Africa as a continent, great.

See his tweets below:

Various leaders, celebrity and prominent personalities around the world have called the Donald Trump out for the insensitive statement he allegedly made about African countries.

During a meeting with lawmakers at the Oval office on Thursday, one source quoted Trump as saying; “Why do we want all these people from ‘shithole countries’ coming here?”

According to a CNN story of what transpired; “Illinois Democratic Sen. Dick Durbin and South Carolina GOP Sen. Lindsey Graham brought a plan to Trump that involved cutting the visa lottery in half and, at the behest of the Congressional Black Caucus, the rest would go to underrepresented countries in Africa and Temporary Protective Status nations, including Haiti.

“One person briefed on the meeting said when Durbin got to Haiti, Trump began to ask why we want people from Haiti and more Africans in the US and added that the US should get more people from countries like Norway”.

White House all but confirms

Trump’s comments reportedly shocked lawmakers some of whom proceeded to leak it all to the media.

Shah however said in a statement that Trump “is fighting for permanent solutions that make our country stronger by welcoming those who can contribute to our society, grow our economy and assimilate into our great nation.”

It would be instructive to note that Trump is yet to retract his word or issue an apology on the issue, which might be making it clear that he is an unrepentant racist.