President Donald Trump said Tuesday he would beat Oprah Winfrey in a potential 2020 presidential match-up, though he doesn’t think she will end up running.

“Yeah, I’ll beat Oprah,” he told reporters in the the Cabinet Room during a meeting on immigration with members of Congress.
Winfrey is “intrigued by the idea” of a presidential bid, best friend and CBS “This Morning” co-anchor Gayle King said Tuesday, and is taking the idea seriously, per friends of the former talk show host. Her speech on the #MeToo movement at Sunday’s Golden Globes propelled Winfrey to the forefront of political conversation on Monday, with the potential to disrupt the Democratic primary process and pose a strong challenge to Trump in 2020. 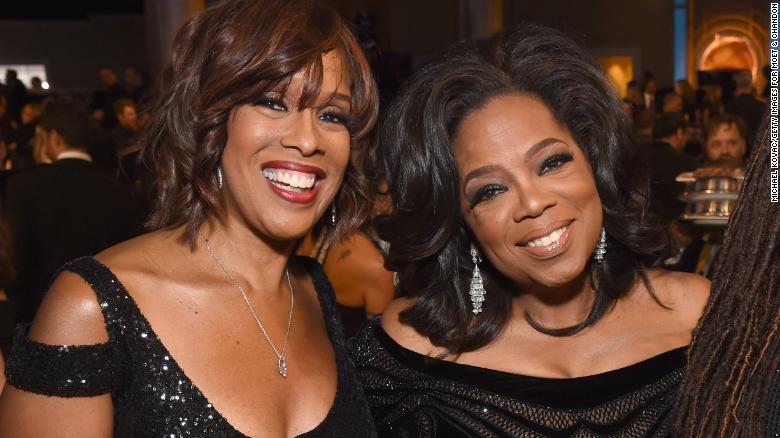 Gayle King just dumped fuel all over the Oprah 2020 fire
“Oprah will be a lot of fun,” Trump said Tuesday, noting that he knows Winfrey “very well” and appeared with his family on one of the final episodes of “The Oprah Winfrey Show.”
“I did one of her last shows. She had Donald Trump — this is before politics — her last week and she had Donald Trump and my family, it was very nice,” the President said.
Trump has tweeted warm words for Winfrey many times before taking office, even saying, “I adore Oprah” in a 2012 tweet.
And in a 1999 interview with Larry King, he said she would be “always be my first choice” for a running mate.
“She’s popular, she’s brilliant, she’s a wonderful woman,” he said at the time. “It would be a pretty good ticket.”
But Trump said Tuesday he doesn’t think she will ultimately put her name in the ring.
“I like Oprah, I don’t think she’s going to run,” he said, repeating, “I don’t think she’s going to run.”
The White House continued to field questions about a potential Winfrey candidacy Tuesday afternoon.
Asked what advice she would give a political outsider looking to run for president, press secretary Sarah Sanders declined to engage.
“I’m not going to focus on anyone’s campaign other than President Trump’s re-election,” she said at the daily briefing.
Asked whether Winfrey was qualified, Sanders said, “Look, I disagree very much on her policies,” although Winfrey has no voting record.
“Is she a successful individual? Absolutely. But in terms of where she stands on a number of positions, I would find a number of problems with that,” Sanders said.
TRUMP TO NORTH KOREA: My ‘nuclear button’ is bigger than yours
Israel plans a Trump rail station as Trump-naming frenzy sweeps country
Exclusive Photos: Dbanj becomes a chief in Imo state
Photos: Former Head of State, Abdulsalam Abubakar pays courtesy visit to President Buhari
This story on Trump’s Russia paranoia is terrifying
White House Aide Omarosa resigns from the White House, to depart in January
Trump-Russia: Michael Flynn admits lying to FBI
New York bombing suspect Akayed Ullah warned Trump on Facebook
“We attacked Benue communities because the residents attacked and stole our cows”-Miyetti Allah cattle breeders say
US tax bill: Republicans agree sweeping changes
Donald Trump lashes out at LaVar Ball for being ungrateful for his son’s release for shoplifting in China
Fire and Fury: Trump says book is ‘fiction’ and author a ‘fraud’
Haley on Trump accusers: ‘We should all be willing to listen to them’
Lol..See the frightful statue of former Chelsea star Micheal Essien that was unveiled in Ghana (Photos)
George Clooney gifted 14 of his closest friends $1 million each
Ivanka Trump gets slammed for tweeting in support of Oprah’s rousing Golden Globes speech
‘They’re liars!’ Michael Wolff blasts Trump for calling his book ‘fake’
10 questions that could keep you up at night in 2018
Buhari President visits his farm in Daura ahead of France trip (Photos)