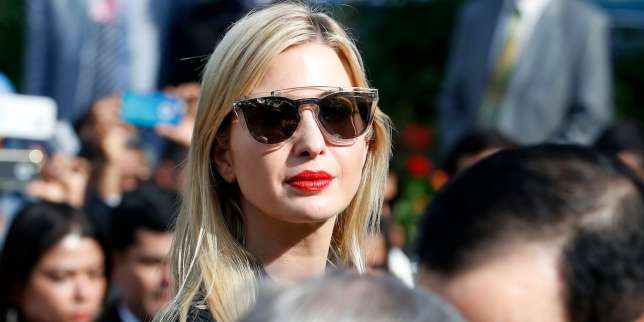 Ivanka attracted backlash from the public after giving her support, given some of her father’s alleged ties with the subjects from Oprah’s speech.

First daughter Ivanka Trump appeared to support a rousing acceptance speech Oprah Winfrey gave during Sunday night’s Golden Globes broadcast. But she received some criticism for that because Oprah’s speech was implicitly critical of President Donald Trump and his administration.

Oprah’s speech, which received high praise and some critique throughout the worlds of entertainment and politics, was, at points, implicitly critical of Trump and his administration.

“I want to thank the Hollywood Foreign Press Association because we all know the press is under siege these days,” Oprah said. “We also know it’s the insatiable dedication to uncovering the absolute truth that keeps us from turning a blind eye to corruption and to injustice.”

Oprah also highlighted the wave of sexual misconduct allegations in Hollywood and other industries, which has since emboldened a national movement in support of women’s rights.

“To tyrants and victims, and secrets and lies: I want to say that I value the press more than ever before as we try to navigate these complicated times, which brings me to this: what I know for sure is that speaking your truth is the most powerful tool we all have,” Oprah continued.

“And I’m especially proud and inspired by all the women who have felt strong enough and empowered enough to speak up and share their personal stories,” Oprah said. “Each of us in this room are celebrated because of the stories that we tell, and this year we became the story.”

Ivanka’s support of Oprah’s speech was also notable in that at least 22 women have accused Donald Trump sexual misconduct. Trump, who has flatly denied the claims, came under renewed scrutiny among the wave of allegations that rocked leaders in politics, entertainment, tech, and the media industries.

Here’s a few of the responses to Ivanka’s tweet:

US to stop arming anti-IS Syrian Kurdish YPG militia – Turkey
WikiLeaks deleted a tweet linking to the full text of the explosive book about the Trump White House
Fire and Fury: Trump says book is ‘fiction’ and author a ‘fraud’
US ready for North Korea talks without preconditions, says Tillerson
The White House’s famous magnolia tree to be cut back
New York bombing suspect Akayed Ullah warned Trump on Facebook
George Clooney gifted 14 of his closest friends $1 million each
Iran protests: Russia berates US for UN talks on ‘internal affair’
Trump’s Mar-a-Lago Thanksgiving
TRUMP TO NORTH KOREA: My ‘nuclear button’ is bigger than yours
Trump On a divided peninsula, South Koreans split over US President On the divided Korean peninsula, Seoul has seen protests both for and against President Donald Trump, with Southerners split over his aggressive handling of Pyongyang’s provocations.
North Korea’s Kim Jong-un issues threats and olive branch
Sydney was the hottest place on Earth on Sunday
Haley touts reduced UN budget