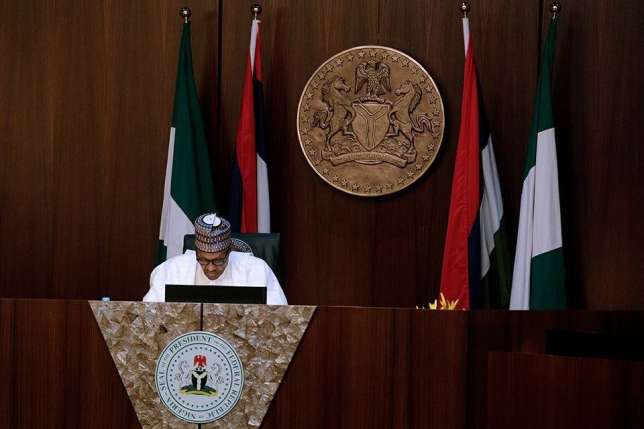 The President’s Special Adviser on Media and Publicity, Femi Adesina made this known in a statement issued in Abuja.

The Presidency has alerted the public on the existence of a fake Twitter handle purportedly belonging to President Muhammadu Buhari.

The President’s Special Adviser on Media and Publicity, Mr Femi Adesina, who made this known in a statement issued in Abuja on Saturday, said already a fake message was being circulated on the fake twitter handle.

The statement read: “The spurious message seeks to justify attacks by herdsmen, saying they were only defending themselves.

“Evil doers and enemies of our country are obviously at work, seeking ways to further advance their pernicious acts.

“The message is denounced in its entirety, and President Buhari stands by his earlier condemnation of the killings in Benue and other parts of the country as dastardly and unacceptable before God and man.

“Those behind the concocted message are also enemies of God and man, who have no place in a decent society.

“The President stands by his earlier directives that all those behind wanton killings in any part of the country must be brought to book.”

Photo: Two Nigerian men arrested with fake South African passports in Thailand
‘Atleast I f**ked for iPhone 6 not indomie – Young Nigerian girl brags on Facebook
2019: ‘Buhari is either a bloody liar or a forgetful old man’ – Rotimi Akinola writes
US embassy in London issues statement after Trump’s comment
‘Dear President Buhari, It is shameful that those like me who supported you have become butts of jokes everywhere we go’ – Dele Momodu writes
President Buhari prays for ex-President on 60th birthday
“We attacked Benue communities because the residents attacked and stole our cows”-Miyetti Allah cattle breeders say
‘We thank you for prayers and goodwill’ – President Buhari and wife thank Nigerians as Yusuf leaves hospital
Trump on Oprah: I’d beat her in 2020
The world reacts in anger to Donald Trump’s “sh*thole” comments
Zimbabwe anti-corruption body investigates Grace Mugabe’s PhD
A reporter who met with the former spy behind the Trump-Russia dossier explains why it’s not ‘fake news’
‘I don’t want my daughter to play tennis’ – Serena Williams
Conor McGregor wears £1,785 Gucci tracksuit for special outing with his family and friends (Photos)
”If Buhari’s 3 years in office is defined as failure, then PDP’s 16 years in office can be defined as locust era” Solomon Dalung
Donald Trump US President calls Haiti, Africa “shithole” countries at meeting with lawmakers
Donald Trump President says US could ‘conceivably’ return to Paris climate deal
Singer 2face Idibia calls on FG to end the killings in Benue
Fire and Fury: Trump says book is ‘fiction’ and author a ‘fraud’