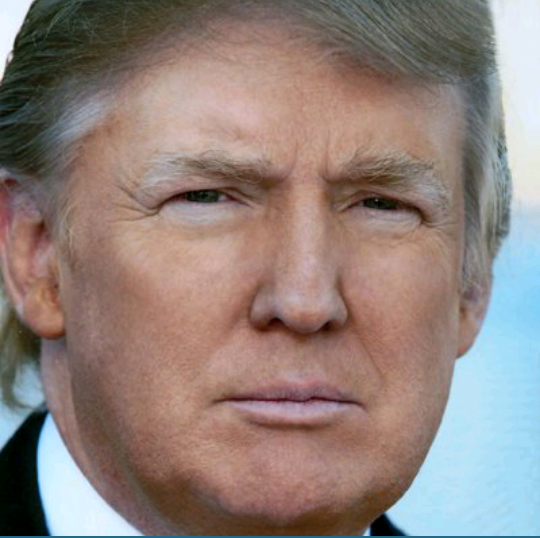 US embassy in London issues statement after Trump’s comment

The US embassy in London put out a statement which many have taken as a denial of Trump’s comment that Obama sold the current well-placed US embassy for peanuts and relocated it to a less favourable place.

Trump said he called off his visit to London for the opening of the building as he was not happy with the embassy move .

“I am not a big fan of the Obama administration having sold perhaps the best located and finest embassy in London for ‘peanuts’, ” Trump tweeted. 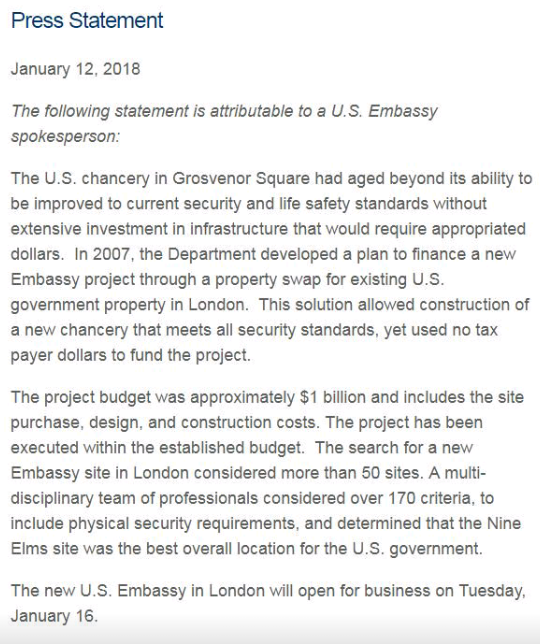 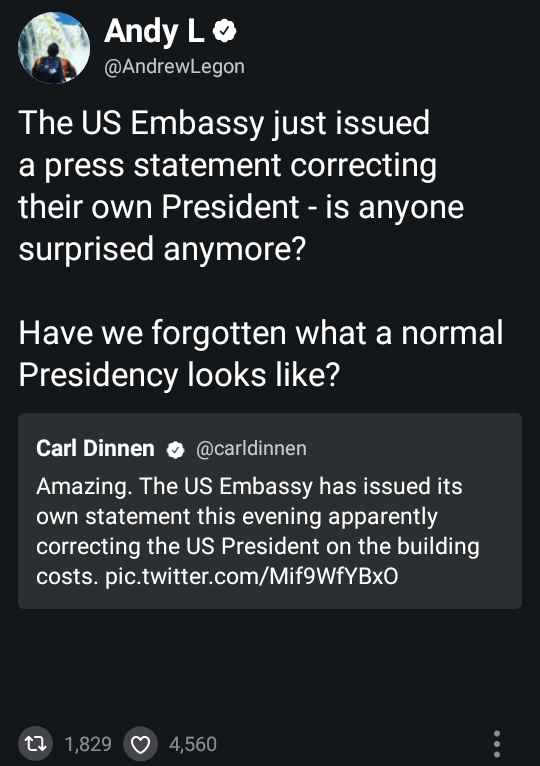 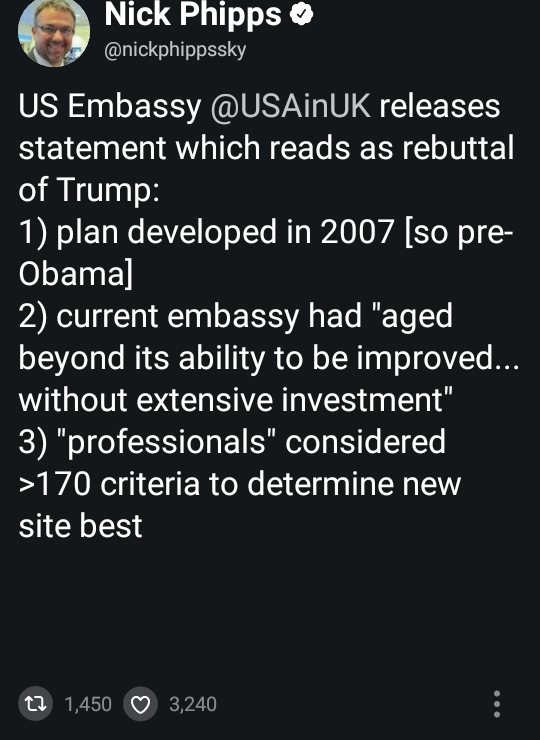 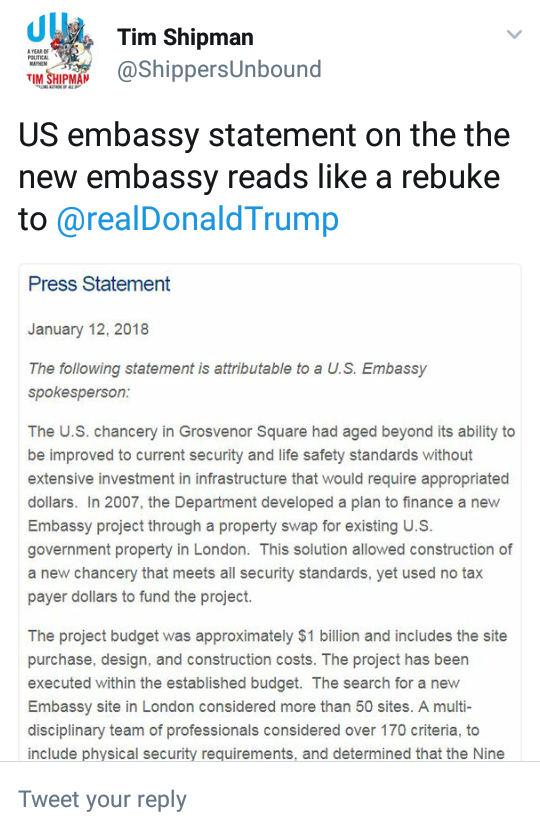