3 people who died but came back to life 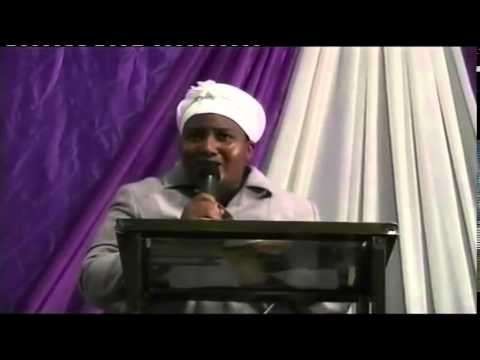 3 people who died but came back to life

See some of the world’s popular stories about people who died, went to hell but made it out alive.

Whether we believe in Hell or not, there are some people who claim to have been there.

They died, visited Satan’s kingdom, and came back to life to tell their incredible, unbelievable stories.

Meet three people who died but came back to life from Hell.

In 2013, this Sierra Leonean prophetess got everyone talking about her out of this world claims. Linda said she died, visited hell, where she saw celebrities, before coming back to life.

She came back with the knowledge of denominations that would be going to hell.

play Linda Ngaujah claims to have gone to Hell

In her words, “all Catholics and Muslims are going to hell,” adding that these so-called Christian ministers are “more into money that spreading the message of God.”

Her story was criticised by many pastors including William Kumuyi, the General Superintendent of the Deeper Christian Life Ministry.

This lady did not just visit hell, she also went to Heaven. She was in both places for a total of 23 hours, according to Top Tenz.

play What Angelica saw in Heaven and Hell

In Heaven, she got to see Jesus Christ crying over the “lost souls” and His second coming of the Messiah.

This story is quite extraordinary. While others went to hell as their punishment, Bill claims God only took him so that he could testify that the place is very real.

Bill, who was a devoted Christian, went to Satan’s lair on November 23, 1998. “He was plunged into hell” by exactly 3 o’clock in the morning and returned after 23 minutes at exactly 3:23 am.

play Bill wrote about his experience

The experience was documented in his book, ’23 Minutes in Hell.’

Babatunde Fashola ‘We’re re-introducing toll gates across the country,’ Minister says
I watched several videos of Quadri, says Japanese star
‘Dear President Buhari, It is shameful that those like me who supported you have become butts of jokes everywhere we go’ – Dele Momodu writes
Iraq is ‘fully liberated’ from ISIS, its military says
Why Trump is still winning
Toke Makinwa stuns in N1.1m Gucci Flora print pajama (Photos)
See jaw-dropping bikini photos of lady who claims to have the biggest butt in West Africa
Egypt hunts for killers after mosque attack leaves at least 235 dead
7 New Year’s resolution we never keep
Davido Singer’s daughters celebrate their 1st Halloween (pictures)
Sextape of Cardi B’s fiance Offset with another female leaks on Twitter
CDQ – Bye Bye Poverty (prod Hique)
Pope Francis is Right on The Lord’s Prayer By Reno Omokri
How to lead Nigerians out of poverty, by Tinubu
Pope Francis calls for Lord’s Prayer to be altered
“Touched by an Angel” star dies at 86

‘I won’t lie, I have prayed for an enemy to die before’ – Daddy Freeze writes