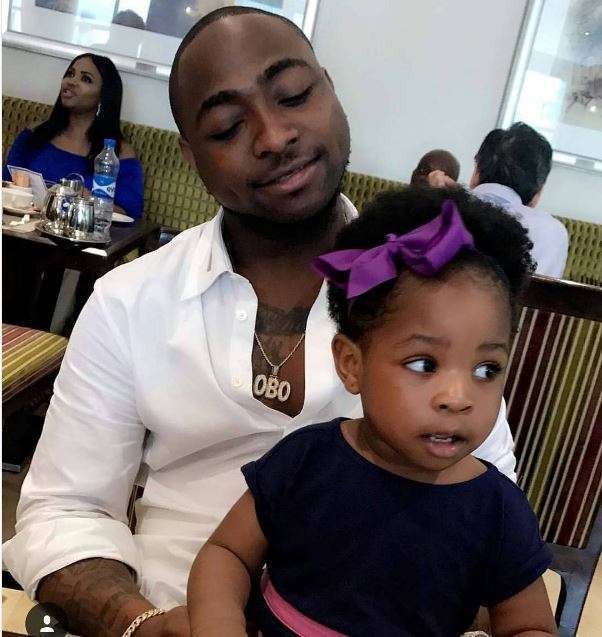 Davido’s daughters dress up for their first Halloween celebration.

The daughters of music star, Davido joined millions of other kids all over world to celebrate Halloween.

Imade and Hailey were both dressed by their mothers for the special celebration.

Sophie who is the first baby mama of Davido dressed her daughter as Belle from Beauty & the Beast and they went trick and treating for candy with friends.

Amanda who is the singer’s Atlanta based second baby mama, dressed up Hailey in a cute pink Flamingo costume. Awww…don’t Davido’s daughters look so adorable in their Halloween costumes.

In March there were speculations that Davido might be getting back with his first baby mama, Sophie.

On Mothers day, Sunday, March 26, 2017, Davido gave Sophie a shout out and took her out for lunch along with Imade.

ALSO READ: Davido moves on from Tagbo and co. controversy

The trio went out like one big family, enjoying some quality time out. Sophie was seen feeding Imade while Davido carried her.

Davido earlier in the year was professing love for one of his baby mamas. The singer took to Snapchat on March 14, 2017, writing, “I love my baby mama!! Haha Sophie we up!”

Davido is currently on an African tour, performing in various African countries.