This is the real battle going on in DC today: not Democrats vs. Republicans but President Donald Trump vs. establishment Republicans. Trump is trampling upon every taboo and sensitivity that liberalism has erected in the last 50 years, and Republican leaders have learned to get by in that uptight habitat. 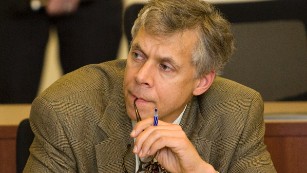 Mark Bauerlein
With a tax plan inching forward in stops and starts, Roy Moore’s numbers, in his US Senate run in Alabama, rising (the President has now even endorsed him), and liberal eminences in politics and media facing sexual allegations that may be worse than those made against Trump, the anti- and never-Trump forces are in a worse state of incredulity than before.
How can this guy still be chief executive — and even winning?
At first their surprise might seem sensible: A few weeks ago, things looked bad for Trump. Health care reform was stalled, Roy Moore was behind, and the Virginia results foreshadowed a Democratic Senate to come. The time has been out of joint for long enough, Trump’s critics believed, and the correction was finally happening.
Indeed, we saw another setback on Friday, with Michael Flynn pleading guilty to lying to the FBI, and fingers now pointing at Jared Kushner. But after all the other controversies that have happened and haven’t much damaged Trump himself, people can’t help but see this one as another sign of corruption that just won’t stick. Just hours later, the Senate passed the tax bill. 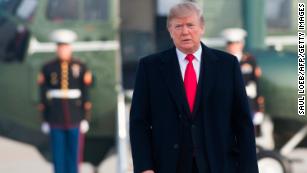 WH cites Trump agenda for backing Roy Moore 03:12
And now, the needle seems to tilt Trump’s way.
This correction is not that hard to understand. You see, Trump has an invincible ally at the far end of the ideological spectrum. I don’t mean the extreme right, the nationalists, paleoconservatives, and fringe groups that the media relentlessly tie to the President. He has better friends at the other pole, people on the far left who see the world only through the lens of race, gender, sexuality, and victimhood.
In the Chronicle of Higher Education last week, Brittney Cooper, a professor at Rutgers had this critique about the legacy of Galileo, Newton, Pasteur, and Einstein: “The history of Western thought and science is predicated on the argument that African and indigenous peoples are inferior races.”
That’s right — all those inventions and discoveries that we honor and the geniuses we remember had a racist underside, by her lights. Elsewhere in the article she wrote, “No questions have ever been off-limits for white scholars,” a statement that would surprise every white scholar I’ve ever known.
People who still can’t assimilate the ascent of Trump need to pay closer attention to these accusations. They’re not uncommon. Sensible liberals shrug them off as, well, kind of true but not really significant to health care, the environment, reproductive rights, and other progressive planks. 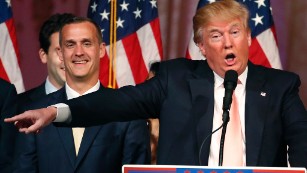 Trump’s fired campaign manager writes book 01:27
But people who voted for Trump have become especially attuned to such charges, and it only takes a quick playback by Rush Limbaugh or Tucker Carlson of the day’s denunciation of America, white males, or the West by Professor X, Opinionator Y, or Celebrity Z to stoke their sense that the intellectuals loathe them. The more the accusers talk, the more rock hard Trump’s base becomes.
The remarkable thing is how many Republican leaders still haven’t figured this out. After Trump dropped his Pocahontas remark at the meeting with Navajo veterans, Sen. John McCain berated him for “politicizing these genuine heroes.”
Never mind that leftists have relentlessly politicized every demographic group in the country. Trump voters feel that by invoking her make-believe American Indian heritage, Sen. Elizabeth Warren played on those very identity politics to advance her career and mark her as more worthy of an elite job than any old white man.
Last week, when Senate Majority Leader Mitch McConnell acknowledged a pending ethics probe of Roy Moore should he win the election and take his seat, Laura Ingraham had to remind him of what that would say to Alabama voters. He came off as believing that the will of the people is one thing, but the will of the Senate is another.
The culture wars and Twitter spats that Trump has fought have delighted his fans but cornered senators, who may be realizing that the opinion of the Great Unwashed is more important than the opinion of, say, The New York Times — more important, that is, to their job security.

Trump: We need Republican Roy Moore to win 02:23
When you sit at the top with an office in the Capitol and people lining up to tell you how wonderful you are, an academic on MSNBC going on about white privilege, toxic masculinity, and cisgender bias doesn’t bother you.
Nor does a school board that approves opposite-sex bathroom privileges for transgender students and casts concerned parents as “phobic.”
But if you’re a small businessman or blue-collar worker worried about cost of living and with children to feed and educate, and who thinks little about identity issues, those charges grate on your nerves. Trump is your champion, not the lords in Congress. If Republicans don’t follow his lead, more of them will share the fate of Sen. Jeff Flake, whose political career the President has called “toast.
White House says Trump, Duterte ‘briefly’ discussed human rights but Philippine spokesman says they didn’t
Trump retweets anti-Muslim videos
Trump US lawmakers deny Democrat’s bid to impeach President
Critics react to Trump’s tweet on firing Flynn
Woman accuses Moore of sexually assaulting her at 16
Christina Aguilera shares semi-nude throwback photos of herself
Trump’s Mar-a-Lago Thanksgiving
Melanin Popping! Nigerian model Mary Timms slays In swimsuit photoshot
I Used to Take Marijuana, Codeine and Hard Drugs – Popular Nollywood Actress, Toyin Abraham
We’ll facilitate Joshua’s visit to Nigeria – Ogun govt
2018 Budget Passes 2nd Reading
US to stop arming anti-IS Syrian Kurdish YPG militia – Turkey
Photos: Two-year-old Nigerian boy, four others drown in the Mediterranean Sea due to reckless behavior of Libyan Coast Guards
In Vietnam Death toll from typhoon rises to 61 The death toll from typhoon downpours and floods wreaking havoc along Vietnam’s south-central coast has risen to 61, an official said Tuesday, as the country opens its doors to world leaders for this week’s APEC summit.
Cossy Orjiakor Our Drama Queen is back with more bosom After being away from the public eye for a while now, this actress is finally back with more booby ransom to give away.
US President stepped up praise for Xi ahead of China visit
Trump emissions threat to US car industry
LinkedIn’s founder explains how Mark Zuckerberg transformed from an awkward kid to one of tech’s best CEOs

McMaster: Potential for war with North Korea ‘increasing every day’