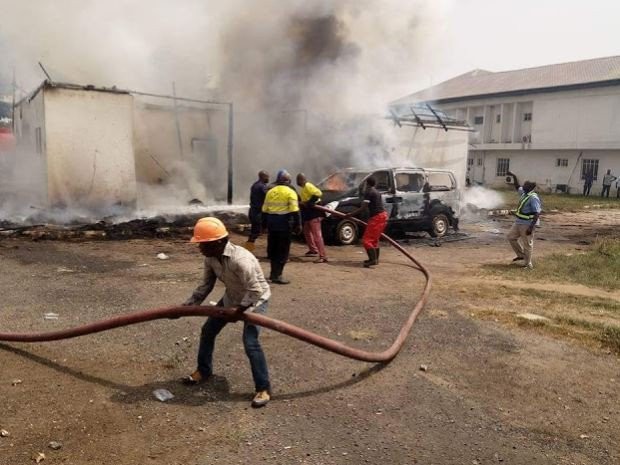 The fire incident is suspected to have been triggered off by nearby inferno in the bush, which eventually spread to the visitors waiting hall razing down the entire building, one of the Press Crew buses stationed within the premises and other valuables estimated to worth millions of naira.

The fire service department led by the commissioner for public safety, Hon. Chidi Nwaturuocha who was on ground promptly to quench the fire, helped to prevent complete burning of the bedroom of Imo State Deputy Governor and adjoining room but the bus belonging to the Press Crew of the Mbieri, Mbaitoli LGA born Deputy Governor, got burnt. 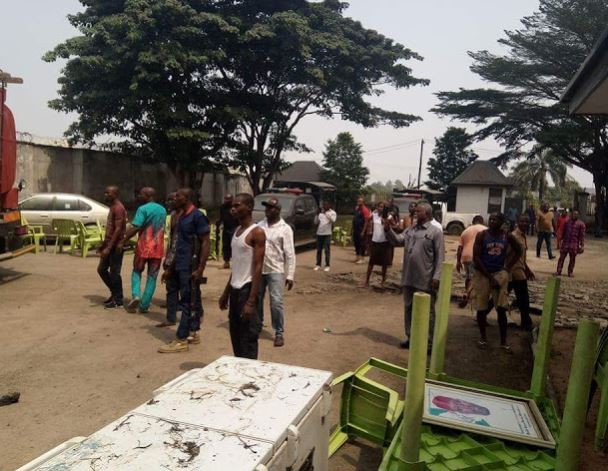 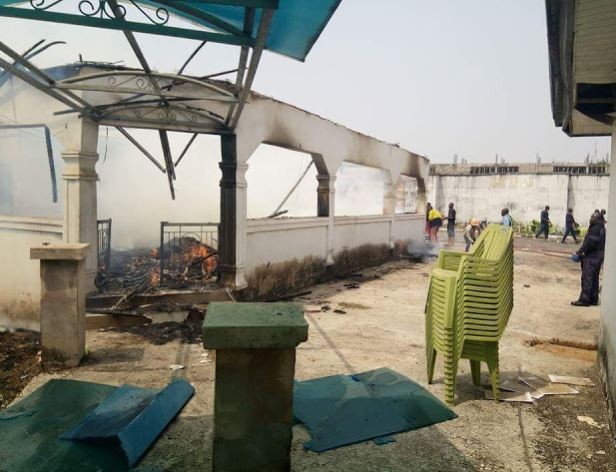 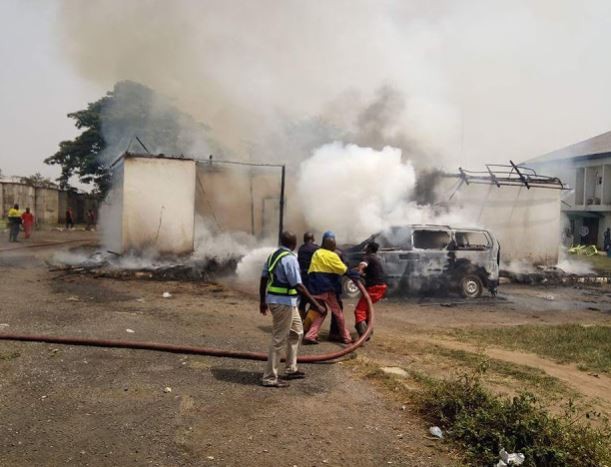 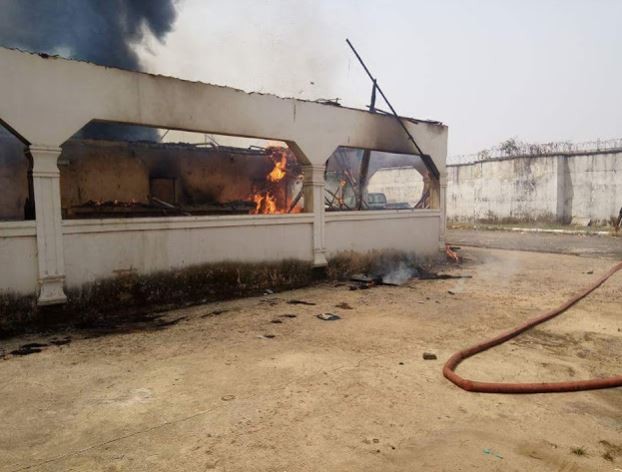 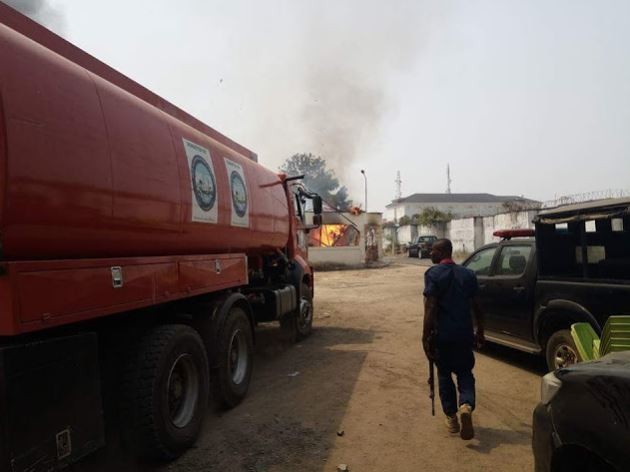 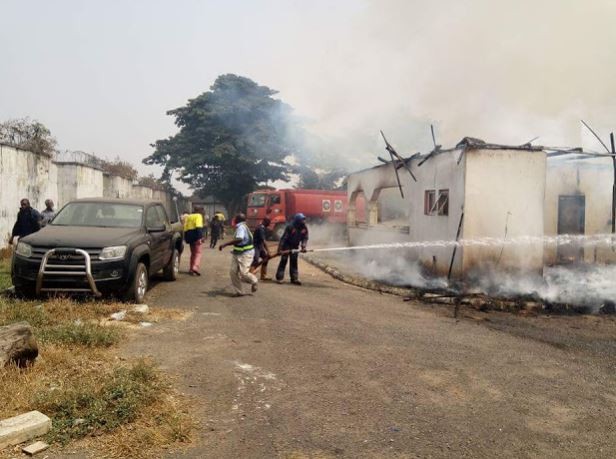