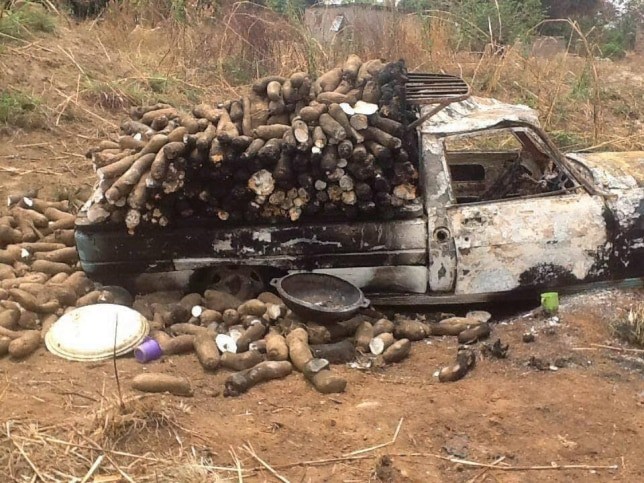 11 people have been killed in a fresh attack on Tombu village in Logo Local Government Area of Benue State, by men suspected to be Fulani herdsmen.

According to Channels TV, the Benue State Governor, Samuel Ortom also confirmed the incident which reportedly occurred on Saturday, December 6, 2018.

Following the incident, the President General of Mzough U-Tiv, Mr Edward Ujege called on the United Nations and the international community to help the people of Benue.

Ujege said “Benue people are law-abiding and have remained so even in the face of frequent armed provoked attack by the herdsmen.

“We want any assistance from anywhere in the world to avert the killings in Benue State. And we are calling on the United Nations, United States, European Union, African Union, and any other person to come to our aids.”

According to reports, Governor Ortom also praised security agencies for their prompt response.

He said “We appreciate the fact that now we have the massive presence of the police, we have an additional deployment of the military.

“They are on ground and deployment is being done; we are also providing logistics to ensure that these do not continue. As at now, over 40,000 people have been displaced and we are still counting.”

The Inspector General of Police, Ibrahim Idris had earlier told newsmen, after a meeting with President Buhari, that the police is working hard to handle the crisis, Channels TV reports.

Meanwhile, the leader of the Miyetti Allah Cattle Breeders Of Nigeria (MACBAN) in Benue state, Garus Gololo has defended the attack on Benue communities, saying that his members were protecting themselves from cattle thieves.

Gololo, in an interview with BBC News Pidgin said that 1,000 cows were stolen from his members as they were relocating to Taraba state.