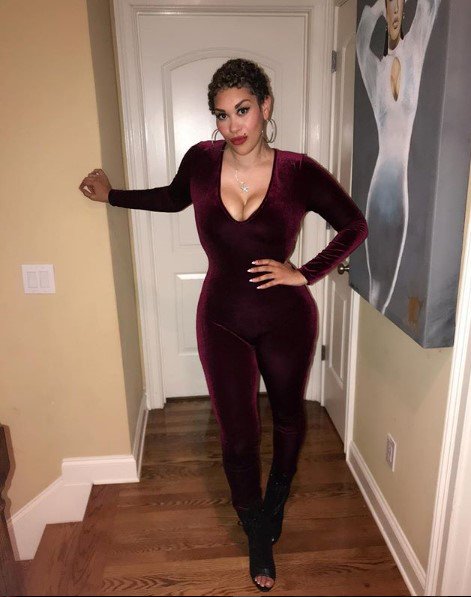 R&B Divas reality star, Keke Wyatt looks stunning! The 35 year old mother of nine who had her youngest child just a month ago, showed off her post baby body in new photo.

Juliet Ibrahim warns boyfriend If you mess me up Ghanaians will deal with you
Ritual Murder Headless body of young girl found inside suitcase in Edo [Graphic Photos] The headless body of a young lady has been discovered stuffed inside a suitcase and dumped by the roadside in Edo State.
ROMANTIC HINDI SONGS 2017 – New &amp; Latest Bollywood Songs 2017 – Hindi Heart Touching Songs 2017
Davido Singer’s daughters celebrate their 1st Halloween (pictures)
Miss India wins 2017 Miss World pageant (photos)
Morning Teaser ‘My best friend’s wife is carrying my baby’ Nnamdi is in a very serious dilemma after he got his best friend’s wife pregnant and as the baby is due, he does not know if he should confess what he did.
Dear Uriel, I love your ‘booby’ – Ruggedman
Photos: Lagos Police Commissioner leads task force to visit Apapa-Kirikiri traffic gridlock
Olamide – Oro Paw Paw (Mp3)
Sugarcane Juice The health benefits of this drink will leave you speechless
Prince Harry: Stars were aligned when I met Meghan