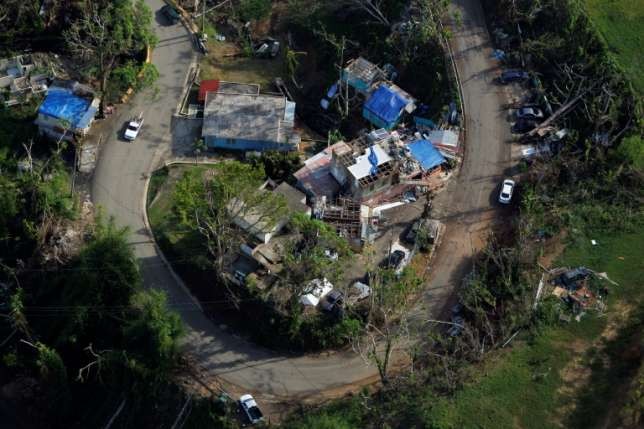 The US Senate on Tuesday approved a $36.5 billion disaster relief package for hurricane-affected communities like Puerto Rico and for areas devastated by wildfires, sending the bill to President Donald Trump for his signature.

The measure outlining “supplemental” disaster spending passed 82 to 17, nearly two weeks after the emergency package cleared the House of Representatives.

The aid includes $18.7 billion for the Federal Emergency Management Agency’s disaster relief fund, $16 billion to boost the national flood insurance program and $576 million for wildfire response efforts, particularly in California where several communities were ravaged by fires this month.

An additional $1.27 billion is set aside for food assistance for Puerto Rico.

The White House quickly hailed passage of the bill, saying “the president remains steadfast in his commitment to providing the resources necessary to recover from the hurricanes and wildfires.”

An immediate concern will be increasing aid to the US territory, still reeling more than a month after Hurricane Maria battered the island, leaving a reported 51 people dead and cutting power and running water to much of its population.

The aid package comes on top of $15 billion approved last month after hurricanes slammed Texas and Florida. Tens of billions of dollars more is likely to be requested and appropriated.

Senator John Cornyn of Texas said he was already eyeing more aid for his battered state.

“While these resources are critical for Americans recovering from recent hurricanes and wildfires, Texas will need significantly more relief as we recover and rebuild from Hurricane Harvey,” said Cornyn, the Senate’s number two Republican.

Trump has been criticized for his hurricane response for Puerto Rico.

Earlier this month, he warned that US emergency responders and the military could not stay on the island “forever,” drawing rebukes from Democrats angry that the president would threaten to withdraw federal support for a US territory of 3.4 million people.

The latest aid package passed Congress just as an independent Government Accountability Office report warned that climate change could cost tens of billions of dollars more per year by mid-century, and that the government should manage these risks better.

But such steps appear in doubt under Trump, who has dismissed climate change as a “hoax,”moved to pull the United States out of a global climate agreement and rolled back environmental regulations.