Anthony Joshua warns Deontay Wilder to be ‘realistic’ with his demands 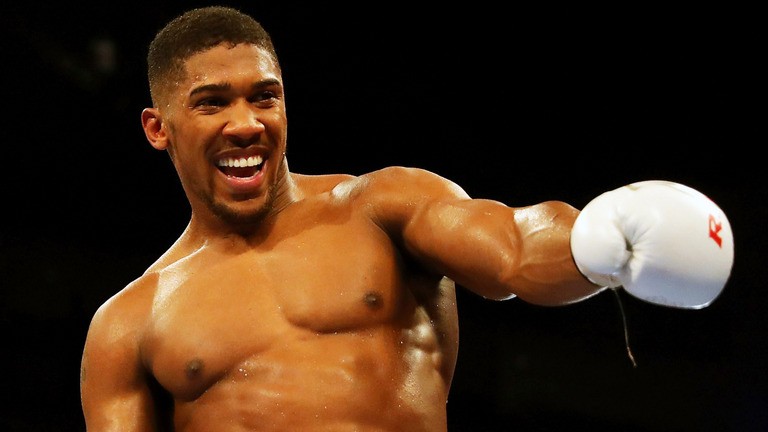 Anthony Joshua has warned Deontay Wilder he must be “realistic” with his demands if they are to reach an agreement to fight in 2018.

Talks for a world heavyweight title unification fight between the pair have begun with Joshua’s promoter Eddie Hearn flying to New York last week to meet with Wilder representatives. 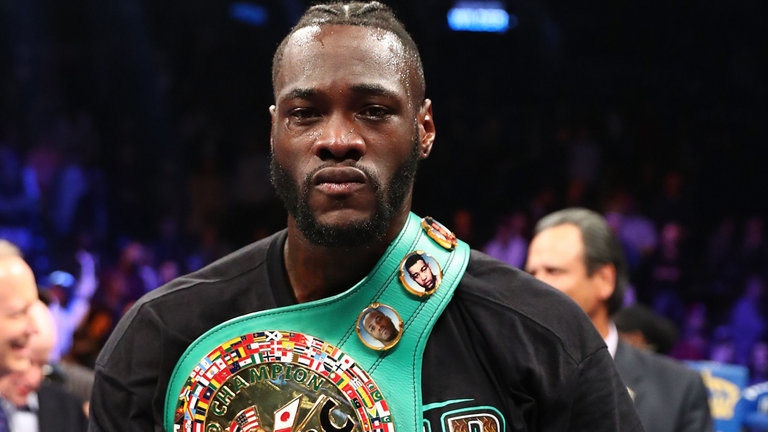 Deontay Wilder believes he can knock Anthony Joshua out

When asked about facing Wilder, Joshua told Dubai Eye 103.8: “Yeah, why not? I’ve always handled my business with negotiations behind closed doors. When things are done, I’ll announce them.

“I am not in the business of making promises that I can’t fulfil. I am working on getting this fight done.

“Providing Deontay Wilder is true to his word this fight will happen in 2018.

“It is simple business. We have worked with all-time greats like [Wladimir] Klitschko. We have managed to defend this title five times.

“If they are realistic about what they want, we can definitely make this fight happen.”

Wilder (39-0-38KO) is a big puncher who has only been the distance once in his undefeated career – against Bermane Stiverne in 2015 and he finished Stiverne inside one round of their rematch earlier this month.

The WBC world champion is a dangerous opponent for Joshua (20-0-20KO) but the former Olympic gold medallist insists he is not afraid to take risks.

“Once you reach an elite level in any sport, you’re going to meet stiff competition,” Joshua said.

“At heavyweight, even the greatest of all time – Muhammad Ali, George Foreman, and Jack Johnson – have taken a loss at some stage.

“But if you lose that does not mean it is the end of you. It is how you come back from that.

“Most heavyweight champions are two or three-time world champions because they’ve achieved; made a mistake; and come back better. That’s just the way life is.

“Losing my unbeaten record will never hold me back from competition because I thrive off it and it makes you a better person in the long run.”

Okada rider in Oyo state beats up female corps member for putting up a fight as he attempted to rape her (photos)
Anthony Joshua Boxer knocks out Takam to retain world heavyweight titles
Anthony Joshua Manchester United stars show support for boxer Zlatan Ibrahimovic and Marcos Rojo were at the stadium to support Joshua.
Rihanna to co-host ‘Controversial’ 2018 Catholic Couture inspired edition With Anna Wintour as host, Rihanna, Amal Clooney and Donatella Versace supporting, the MET Gala 2018 theme is controversial!
Three students in Egypt stab a Nigerian man to death
5 sacrifices you MUST make as an entrepreneur
We’ll facilitate Joshua’s visit to Nigeria – Ogun govt
Boxing fans hail Joshua for boosting Nigeria’s global image
Amosun, Dalung, Mohammed to cheer Joshua fight
2018 Budget Stakeholders advise FG to check militants to achieve revenue projection The Federal Government plans to spend about N8.6 trillion in 2018, a 15 per cent increase over the N7.44 trillion budget in 2017.
How to Manage Slump Months When Your Income Fluctuates
Joe Praize – Everything is Blessed
An alleged runs girl’s show of shame There are some things you should not just put out on social media.
#Budget2018: ‘Nigerians will be better, happier in 2018’
Cristiano Ronaldo Real Madrid star flies private jet to business meeting Ronaldo shared a photo of him and an associate on a way to a business in a private plane.
Hameed Ali Customs boss says PDP members ‘hijacked’ Buhari’s government Ali said the APC government “cannot move forward” because 50 percent of those in the current administration are from the PDP.
Morning Teaser ‘My best friend’s wife is carrying my baby’ Nnamdi is in a very serious dilemma after he got his best friend’s wife pregnant and as the baby is due, he does not know if he should confess what he did.
Photos: Nigerian Man Drinks Mud Water In Fulfillment Of Promise He Made, Should President Buhari Return From London
Arsenal seek to consolidate at the Emirates
President bans fresh recruitment into MDAs in 2018
Share
Facebook
Twitter
WhatsApp
Pinterest
Linkedin
ReddIt
Email
Print
Tumblr
Telegram
Mix
VK
Digg
LINE
Viber
Naver
Previous articleACCW: First Bank wins game two, meets GSP today
Next articleRoman Reigns in line to make WWE return on Monday Night Raw