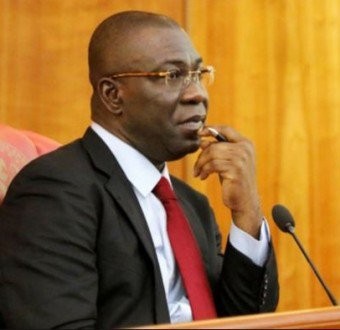 The Deputy President of the Senate, Ike Ekweremadu has advocated a six-year single tenure for president, governors, National Assembly and state assembly members “to stop the problem caused by the quest for second term.”

Ekweremadu made the call in Nsukka on Friday at the 3rd Adada Lecture organised by Association of Nsukka Professors with the theme “Restructuring and the Nigeria Youth.” He said countries in South America used single tenure to stabilise their democracy, adding that one of such countries, Mexico, was still practicing single term.

He noted that “single presidency tenure of six years that rotates among the six geo-political regions will promote unity and loyalty to the nation.” He stressed the need to restructure the county to enable regions to harness their resources outside oil, especially given that the black gold was undergoing shocks in the global oil market. The market for crude oil is reducing by the day as countries like Britain and France now have laws that will ban the use of diesel and petrol cars by 2030. “Also, many countries have started using electric cars.”

He urged youths in the country to close ranks and support restructuring as it would create employment and guarantee better future. Ekweremadu, who explained that restructuring would not divide the country as feared by some people, noted that it would rather, strengthen and re-position the nation. He identified ethnic and religious sentiment, ignorance and fear of the unknown as some of the challenges facing restructuring.

He said `restructuring is the only way to restore the lost glory of the country as it would enable states to have enough resources to fund education, security and give basic amenities to their people.“Restructure with devolution of power at the centre would reduce political tension as well as make the centre unattractive”, he added.

Sia – The Greatest
Saraki Senate President says Jonathan was never desperate for power
‘It’s better to be single than being in a relationship where you still feel very much alone’ – Omowunmi Akinnifesi advices Ladies
‘I was never banned at any time from entering America’ – President Buhari replies Atiku
Chris Brown – Goin At It
Governor Rochas Okorocha and his wife dance at her glamorous 50th birthday party
President Trump signs new order to send American astronauts to the moon
Libya Slavery: Osinbajo meets NEMA, NAPTIP, National Commission For Refugees
For Men 6 conversations you shouldn’t have with anyone but bae Every man who respects his partner and relationship should learn where to draw the line when conversing with other women.
Federal Government to raise N311b from assets sale
OGOO – Onye Isi Oma (The Lucky One)
Is crude oil killing children in Nigeria?
ANC gathers to choose leader to replace Jacob Zuma
Jennifer Hudson’s ex-fiancé, David Otunga files in text messages as proof he didn’t abduct their child (Read)
Amazon is now the size of a small country