Trump’s charitable foundation says it’s shutting down, but an ongoing investigation in New York may complicate that 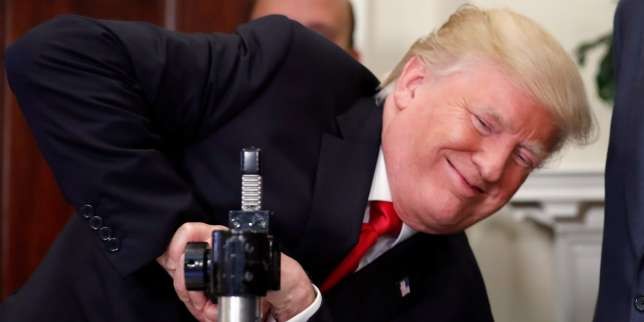 Trump’s charitable foundation says it’s shutting down, but an ongoing investigation in New York may complicate that

The Donald J. Trump Foundation, President Donald Trump’s charitable foundation, said it’s shutting down after it admitted in 2016 that it had violated federal rules on “self-dealing,” NBC News reported Monday.

The foundation admitted to violating the self-dealing law, in which a nonprofit’s leaders, such as Trump or his agents, are prohibited from channeling funds to their businesses, families, or themselves, NBC News said.

In a 2015 tax filing, the foundation acknowledged that it had violated the self-dealing law; however, for 2016’s filing, it reported that it hadn’t. The foundation was under investigation during the 2016 US presidential election after it was discovered that it may have misused its funds, including allegedly using it to settle lawsuits.

A spokesperson for the New York state attorney general’s office told NBC News that the foundation cannot shut down while it is currently under investigation, which could potentially complicate the dissolution.

New York Attorney General Eric Schneiderman ordered the foundation to stop soliciting contributions in October 2016, and Trump later announced that he intended to dissolve the foundation in order to avoid conflicts of interest, NBC News reported at the time.

Rapper Cardi B covers the November 2017 ‘Hot Issue’ of Rolling Stone magazine
Kevin Spacey ‘House of Cards’ actor comes out as gay, apologizes after misconduct accusation Kevin Spacey came out as gay early Monday and apologized to actor Anthony Rapp, who accused the Hollywood star of making a sexual advance on him at a 1986 party.
Prominent Imam says he tried to warn New York mayor about terrorism in the city but was ignored
Robert Mueller Straight-shooting former FBI chief Robert Mueller, the former FBI director heading the probe into alleged collusion between the Trump election campaign and Russia, has earned a reputation of being a straight shooter who could be right out of Hollywood’s central casting.
Khloe Kardashian Is Behind Your Favorite Kris Kardashian Meme
New York Truck Crash Trump decries tragic incident in Manhattan
African-American and Latina strippers in New York reportedly go on strike to demand for equal pay as bartenders

Five of the best American cars