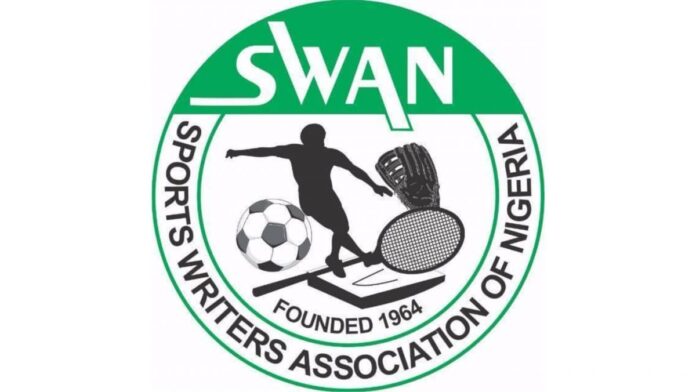 The Sports Writers Association of Nigeria (SWAN) on Saturday advocated the punishment for officials and umpires who engage in sharp practices to serve as deterrence to others.

The call was made in a communique issued to the media shortly after SWAN’s national convention in Delta State.

In the communique made available to our Taraba State correspondent, the association also urged state governments to invest in talent discovery by organizing mini Sports Festivals in their respective states.

The association said ending such practices will encourage the development of homegrown talents across the nooks and crannies of the country.

While calling for the setting up of a National Data Bank for reference purposes, the association recommended medical and fitness certification tests on athletes from state levels

They said this will assist in checking the negligence that may result in unwarranted situations, as witnessed in the unfortunate death of a boxer, Chukwuemeka Igboanugo representing Imo State.

SWAN also raised the need to consider co-hosting Sports Festivals by states in view of the present challenging economic situation in the country.

The group applauded athletes and officials representing various states of the federation for their spirit of competitiveness, sportsmanship, and determination to win laurels.

It commended the Delta State Government for hosting a successful Sports Festival as reflected in the provision of a world-class facility, and a serene and conducive environment for all participants.