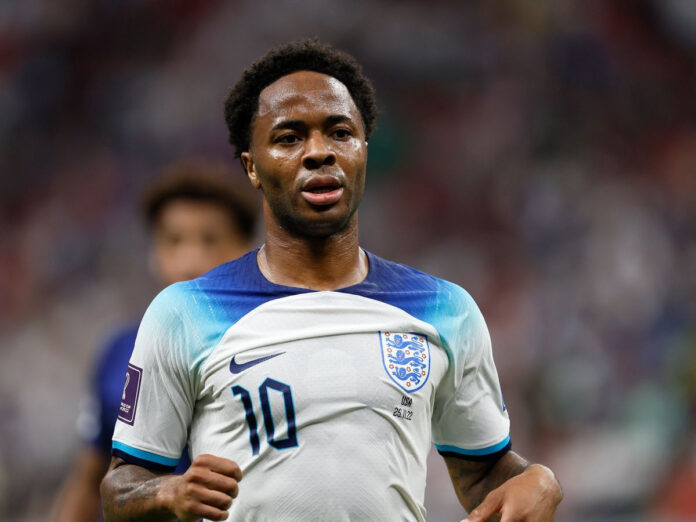 Raheem Sterling will rejoin the England squad on Friday, 24 hours before they face France in the World Cup quarter-final.

The 27-year-old left Doha ahead of the Three Lions’ 3-0 win over Senegal following reports of a break-in at his home in Surrey.

England FA has now confirmed that Sterling will return to their World Cup base in Qatar on Friday and re-join the squad.

The statement read: ‘Raheem Sterling will return to England’s World Cup base in Qatar.

‘The Chelsea forward temporarily left to attend to a family matter but is now expected to rejoin the squad in Al Wakrah on Friday ahead of the quarter-final with France.

The statement comes after police arrested two men on suspicion of burglary following reports of suspicious activity in Oxshott and were working to establish whether those held were connected to the break-in at Sterling’s home, which is nearby.

The theft reportedly stole jewelry and watches during the break-in.