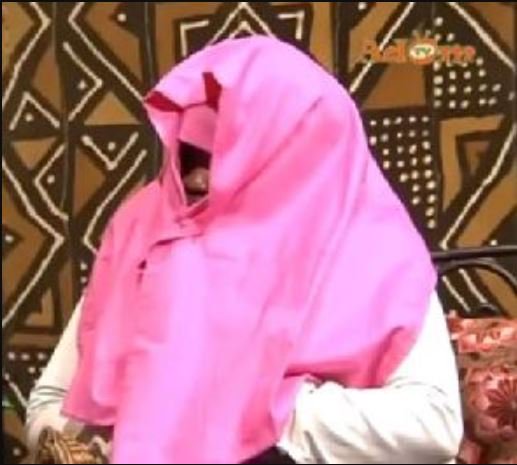 ‘I sleep with 10 women everyday’ – Ghanaian lesbian who has converted over 3,000 women into lesbianism brags (Video)

A 45-year-old Ghanaian lesbian, Janet Ofori, has proudly come to boast about sleeping with more than 10 women a day, in an interview with Adom TV.

The woman, who claimed she became a pro in the lesbian act from Senior High School, said has been able to satisfy lots of rich single women in her country.

According to her, some of her clients are ministers in government and MPs including some radio presenters.

In the interview, Janet who hid her identity while speaking in her dialect, also revealed that she has been able to convert more than 3,000 women and still counting to reach her target.

Ofori also rebuked the claims that lesbianism is an evil practice, saying it was never stated in the bible.

She said, “Were you there, when God created Adam and Eve and you will come and tell me that, God made Adam and Eve to marry? And who says being a lesbian is wrong, show me where it is stated in the bible.”

The 45-year-old woman was also accompanied by a gay man, Kwame Mensah, who disclosed that, with the help of creams, his anus has widened enough to receive any size of a man’s penis.

“I take care of my family and am not working too, so I don’t think, I can take care of a woman.” “I don’t want broken heart and woman can’t satisfy me either. I go to church and I pay my tithe alright, so who is he to judge me.”

“I choose the kind of men I want, and my anus can take any size, no matter how huge the person may be.”