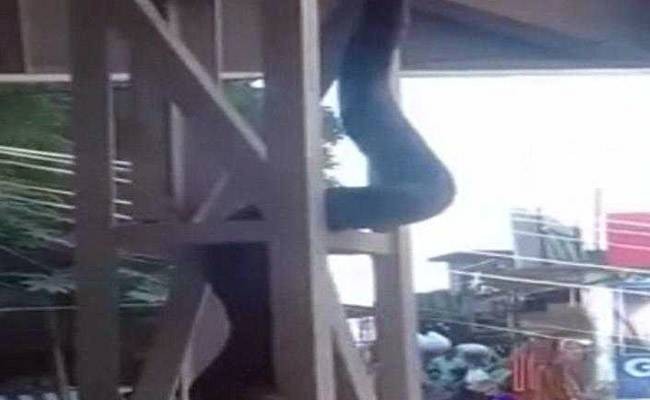 Pilgrims headed to Vaishno Devi were in for a shock when they spotted a huge snake at Jammu’s Katra station. Videos of the snake have now been circulating all over WhatsApp and social media for about two weeks now.

The frightening clip, recorded on October 18, a day before Diwali, shows a large python coiled around a pole at the crowded station.

The video shows a huge crowd gathered around the pole to see the python that was about 15-feet-long. Eyewitnesses claim the wild life department was immediately alerted in order to avoid any untoward incident. Eventually, locals helped members of the team to capture the python. It was later released into the wild.

If you frequently receive WhatsApp forwards, chances are you’ve already seen this video. For those who haven’t, take a look below. The python looks truly terrifying.

The clip has been shared by many falsely claiming it was recorded at Mumbai’s Dadar station and shows an ‘anaconda’. While the video does show an enormous snake, it certainly isn’t an anaconda – which is found in South America – but a python. Police confirm the video was shot in Jammu’s Banganga area.